Recently, some neighbors moved away. They gave my sister some potted plants they didn’t want to take along. One is in a rather large pot.

The problem was, when it rained that pot would fill to the brim. It wasn’t draining. I thought maybe it was slow to drain because it was sitting directly on the ground, so I set it up on some bricks.

Well, we just got another couple of inches of rain. I looked out there… Yep; danged thing was full again. Still didn’t drain.

So this time went I went to tip it over, I took a screwdriver along, figuring the drain hole must be plugged up. 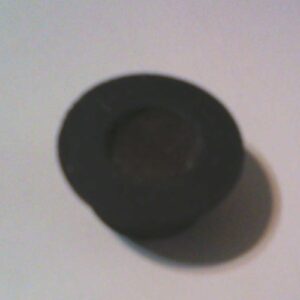 A real, rubber plug. I’ve never seen that in a plant pot before. Yeah, I pulled it and water just poured out. Prob solved.