The Accountability Project reported on Facebook that staff at a Texas hospital put a plastic bag over a 17yo girl’s head.

This 17 year old young lady went to the emergency room in Odessa, COVID positive, because she couldn’t breath. She was humiliated and dehumanized by the staff. Aside from the warning on the bag not to place this over your head, as it could cause suffocation, this is just wrong. The bag is labeled equipment cover and has your typical warning on it. The girls mother said she complained of not being able to breath well, taking off the mask, and was asked to put it back on. The bag was over her head for roughly 30 minutes and she was instructed to save the bag for future use throughout the hospital. 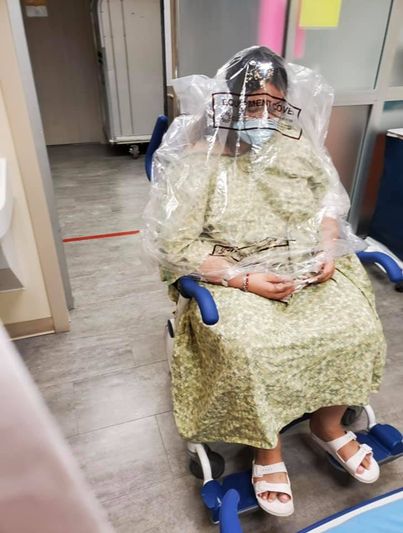 Is “attempted murder” over the top?

COVID positive. A common issue in the more serious COVID cases is difficulty breathing because the lungs aren’t exchanging air properly. Blood O2 level goes down. This is a bad thing.

…because she couldn’t breath.

Confirmed. Difficulty breathing. With that alone, medical personnel should have taken into account the very high probability that the girl’s blood O2 level is low.

Then she put on a mask. That would further lower her blood O2. She could already be getting down to dangerous levels.

Now, why do plastic bags get warning labels? Because putting one over your head can cause asphyxiation, meaning you don’t get enough oxygen, and CO2 is trapped in the bag.

Deliberately putting a bag over someone is already beginning asphyxiation is a clear attempt to complete the process.

Rather than a plastic bag, they should have been giving her oxygen. If they were concerned about her spreading COVID, they could have used one of these. 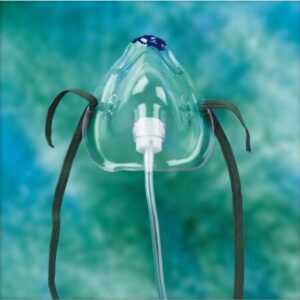 Instead, they deliberately blocked her air.

‘Twere me, I’d file a criminal complaint, a civil complaint to the state medical board, and a malpractice lawsuit. But that’s just me, because I object to people trying to kill family members as a general rule. I’m an asshole like that.