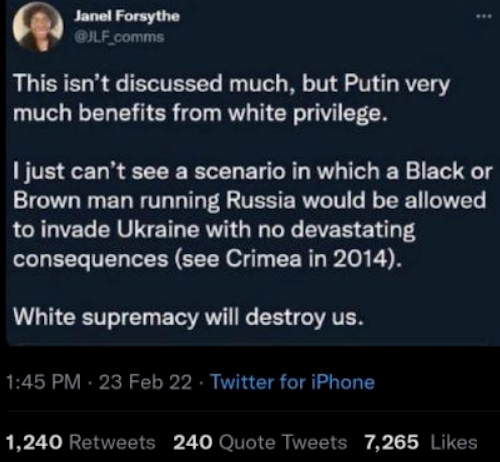 Using the higher number, and Russia’s population of 145,478,097, blacks make up a whopping 0.0481% of the population. I guess white privilege kept one that that miniscule number from getting elected, not simple statistics.

Unsurprisingly, Janel Forsythe‘s Twitter account is now “protected.” If you still feel an impulse to ridicule her, her email can be found here (it ain’t doxxing if she posts it herself).

One thought on “Black Russian President?”