Saw this at Peter Grant’s site. 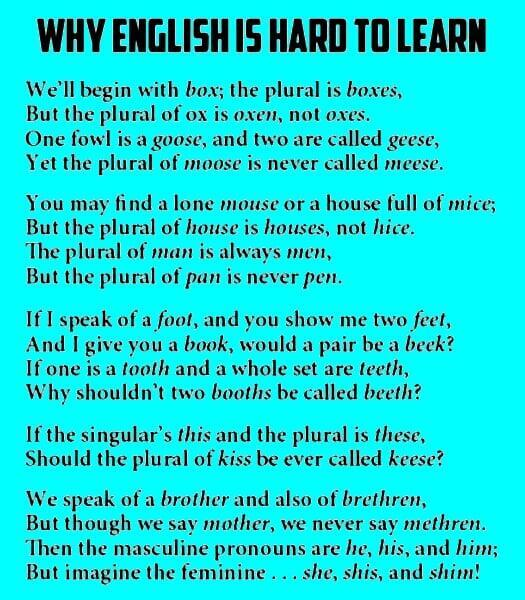 Many years ago I was stationed in Turkey. There was a Turkish Asker (soldier) who usually worked as an orderly in the Turkish commander’s office. I think his name was Ahmet. That office adjoined mine, so the soldier was often in my office, bringing us tea and chatting. He was working on his English.

He spoke English passably — certainly far better than my mangled Turkish — but he wanted to read English, too. But there was a little problem vowels, and he asked for my help.

I began with the simple “A.”

Long and short vowels. “Cat” versus “cake”. He thought it was silly for one letter to have two different sounds, but he could deal with it. So…

“Father.” Say what? But I explained that it gets better.

“But how do you know which sound?”

We proceeded to “E,” and it went as you’d expect.

I have no idea if he ever mastered written American English.

One thought on “English Is Hard”