Had you heard about all the “excess” deaths during the plandemic, due to people not having access to nonChinCOVID medial care, or being too frightened/paranoid to access what was there? The CDC is about to call those “COVID-specific.”

CDC to examine report putting US COVID deaths at more than 900,000
The head of the Centers for Disease Control and Prevention said Friday that the agency will look “carefully” at a new report that claims the true number of COVID-19 deaths in the US is more than 36 percent higher than the official total.
[…]
“We’ve known that the toll of this pandemic is not necessarily just those who’ve passed from COVID-19 specifically, but excess deaths relating to access to care, not presenting to care, and many other things,” CDC Director Dr. Rochelle Walensky told reporters Friday. “So, we will look at this carefully, and then we will work within the CDC to make decisions as to whether to count them as excess or to count them as COVID-specific.”

I have a better idea. Those people didn’t die of ChinCOVID. They didn’t die of a pandemic. What killed them was deliberate government-induced panic and deliberate — and insane — government policies and actions. Manslaughter at best, murder at worst. We need a new ICD-10 code: Z60.10 Death due to government.

You could break it down further:

Yep, the CDC discovered what every other virologist on the planet has known about air transmission of virus (not just SARS-CoV-2): it spreads as aerosols. Go figure.

For those with short memories, he’s referencing this.

The Department of Justice “issued a notice of proposed rulemaking” on Friday afternoon — but of course, when few will notice. This is the one TZP recently warned was coming.

Except.. not really. It has not been published in the Federal Register/Regulations.gov as of 5/7/2021, 5:00PM ET. A search on neither “firearm” nor “Docket No. ATF 2021R-05” returns any docket. Therefore, despite the DOJ’s claim, commenting online is not possible yet.

You may download a copy of what the ATF purports to be the NPRM from their website. I have done so, and will analyze it to see where and how it differs from the leaked draft I previously picked apart. But this is my normal quitting time for the day, so I’m not sure quickly I’ll make headway 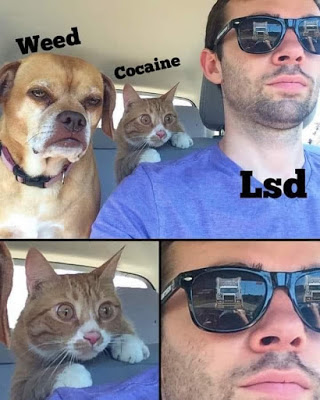 And they’re refusing to give it to the auditors.

In his interview with OAN Ken Bennett said Dominion is refusing to comply with the State Senate’s subpoena and is hiding the second password for their machines.

Anyone familiar with AZ law on refusing to comply with a Senate subpoena? Seems like a crime to me. Let me do a little searching…

Added: There it is.

41-1154. Disobedience of legislative subpoena or refusal to give testimony or produce papers; violation; classification

A person who, being subpoenaed to attend as a witness before either house of the legislature or any committee thereof, knowingly fails or refuses without lawful excuse to attend pursuant to such subpoena, or being present knowingly refuses to be sworn or to answer any material or proper question, or to produce, upon ON reasonable notice, any material and relevant books, papers or documents in his THE PERSON’S possession or under his THE PERSON’S control, is guilty of a class 2 misdemeanor AND IN ADDITION TO ANY OTHER FINE AUTHORIZED BY LAW, THE COURT MAY IMPOSE A FINE OF $1,000 PER DAY.

A. A sentence of imprisonment for a misdemeanor shall be for a definite term to be served other than a place within custody of the state department of corrections. The court shall fix the term of imprisonment within the following maximum limitations:

1. For a class 1 misdemeanor, six months.

2. For a class 2 misdemeanor, four months.

3. For a class 3 misdemeanor, thirty days.

The lawyers should have expensive fun arguing this one.

I was going to ignore this one because it’s just too easy. But it does explain a lot.

I figure that means she was a failed abortion attempt which resulted in fetal brain damage.

There’s a guy in a stand-off with police near here.

One outlet says he’s on the Interstate. Another says he’s on an intersecting highway. News4Jax also says the highway; but their reporting is so bad that I dropped them from my bookmarks more than a year ago.

All three agree that he’s barricaded in a vehicle. One says he’s naked (News4Jax). No photos.

News4Jax also says he deliberately crashed his car (others only say “vehicle”) into a ditch. No one else is mentioning a crash.

Lessee, FCN now says he’s at the truck stop, not the road. BN still says side of the road. News4Jax: still in the ditch.
—-

Ah, FCN has now figured out that the guy is on the highway. But while the other two says this is near a Love’s truck stop, FCN says Pilot, and they’ve dropped any mention of an alleged bomb.

News4Jax still says he’s naked. No one else does.

—-
FCN: “vehicle” again, and the stand-off continues at the truck stop
BN: suspect in custody (and note that this report is older than FCN update), and it was on the side of the road
News4Jax: in custody, it was in the ditch, and he was still naked

—
FCN: now he was naked, and in custody,cops fired two shots
BN: no change the vehicle is now an SUV, and no explosives found, and the cops had offered him underwear
News4Jax: cops fired two “gas cartridges: and tased him,

Added: I figure when all’s said and done, the truth ‘ll turn out to be that a shirtless guy pulled over, got out and told bystanders he stopped because, “Man, I’m so bombed.” In light of the diverging vehicle reports, it’s probably gonna be a motorcycle.

So long as I’m on the subject of Maricopa’s effed up election systems, let me raise another point. The vote auditors wanted the admin password for the system so that they could look at access logs, installed software, and the like. Perfectly normal, and necessary to do a proper security audit. Maricopa told them they don’t have admin passwords.

I said, “Perfectly normal, and necessary to do a proper security audit.” If Maricopa County doesn’t have admin access to its own system, how was anyone able to properly inspect and certify the machines as required by federal law?

It’s really too bad we no longer have a functional and honest criminal justice system. Because if we did, these people would already be under felony indictments based on their own statements.

The other day I noted that Maricopa County had basically admitted that its election system network was compromised. Now they’re explaining exactly how, and how badly.

County spokesman Fields Moseley told the Washington Examiner that county IT professionals made the determination that information contained in the routers “can be used as blueprints to intercept sensitive county data” across more than 50 different departments.

“The routers the Senate subpoena commanded the county produce support all of these departments, not just elections operations. This includes critical law enforcement data that, by law, cannot be disclosed, as well as Maricopa County residents’ protected health information and full social security numbers,” Moseley said.

Fifty departments. On one network. Since it’s a bit unlikely that all fifty are located in the tabulation and election center, it’s safe to say they’re part of a larger, county-wide network. A county-wide network tied to the Internet. (Doubt it? Try emailing the MCSO, for example.)

I can see how this happened. IT guys designed a secure voting system network. They sent the cost estimate to the bosses, who looked at the expense of an isolated, secure network — routers, hubs, cable runs — and said, “Just use our county network.”

I’m tempted to script a ping/traceroute probe of Maricopa’s IPs, just to see how bad their security is. But I’ll leave that to the pros.