We’ve been proactively monitoring for emerging narratives that are violative of our policies, and, in this instance, we took enforcement action on a number of accounts in error. We’re expeditiously reviewing these actions and have already proactively reinstated access to a number of affected accounts. The claims that the errors were a coordinated bot campaign or the result of mass reporting is inaccurate.

Russia didn’t need bots, because Twitter was happy to do the job for them.

Looks like China is sending warbirds into Taiwan airspace again. Hardly new, and not even the most they’ve sent.

But I’d say there’s a fair chance that this time, taking advantage of everyone’s preoccupation with the elevated Russia/Ukraine conflict, China will actually “annex” Taiwan.

I’d prefer to be wrong.

An early shot of Cerberus as a puppy, guarding the gates of Heck. 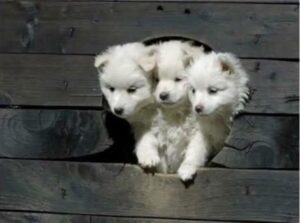 Arizona Rep(rehensible) Ruben Gallego [Dim] has a plan for dealing with the DC Convoy. 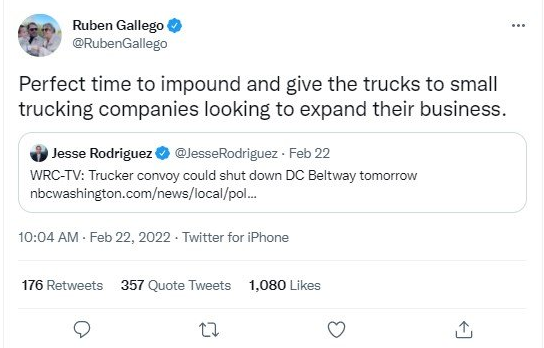 Perfect time to impound and give the trucks to small trucking companies looking to expand their business.

He wants to “impound” — STEAL — trucks from working people who haven’t done anything yet, much anything wrong.

That fuckwad may not have much use for the First, Fourth, or Fifth Amendments; but if tries he may encounter some folks who still believe in the Second.

Hey, Gallego; you wanna drum up support for the Convoy? That’s how you do it: by being a prime example of what they’re protesting.

Dem VA Rep Beyer is terrified of the potential for the trucker convoy to close the DC beltway.

If the Beltway gets jammed up, everything stops in this region. But not only in this region. This is also the main north-south route from Boston to Maine, all the way to Florida..it would shut down half the country.”

Shutting down the DC beltway, interrupting one little segment of I-95 would shut down “half the country”? As my sister laughingly put it, “Well, of course it would. There’s nothing between the East and West Coasts.” 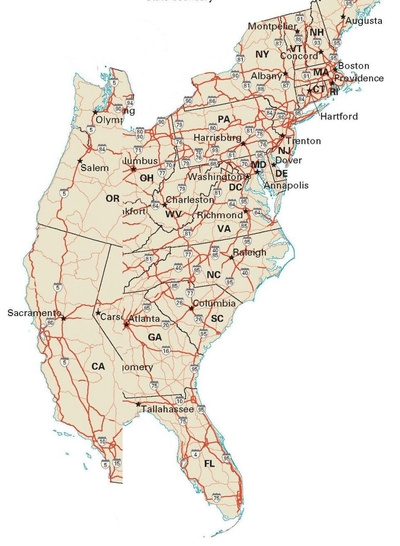 DC is prepping for the arrival of the convoy.

State and local law enforcement have so far been unable to secure the necessary number of tow trucks to clear the anticipated tractor-trailers, according to the government source, so the National Guard will create strategic road blocks throughout D.C.

If I were organizing this, I’d alter tactics just a bit. Keep reporting ever-growing numbers of trucks. Tweet that you’ll be gather at specific — specifically inconvenient — points across the city. Let the authorities set up all their roadblocks.

Then don’t show up. DC will have done your work for you.

I’d just get in trouble if I did. But I’ll present it, and you think up your own comments.

AOC dunks head in ice water on Instagram to ‘de-stress’
Rep. Alexandria Ocasio-Cortez was seen on Instagram on Monday partaking in the latest social media trend of dunking your face in ice water for health and beauty reasons. 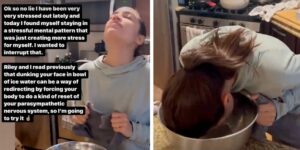 OK, I won’t say the first thought; but there’s always this. Hey, hon; I hear that works better if you keep your head in there for 8-10 minutes.

Another thought. You can lead a horse to water, but you can’t make her drink.

The mayor of Ottawa plans to sell confiscated vehicles instead of returning them to their owners. His statement was pretty revealing, and answered a question I had.

“I’ve asked our solicitor and our city manager, how can we keep the tow trucks and the campers and the vans and everything else that we’ve confiscated, and sell those pieces of equipment to help recoup some of the costs that our taxpayers are absorbing.”

I’d been wondering where they found tow truck operators willing to tow those vehicles. They didn’t. They confiscated — stole –the tow trucks. And now the mayor plans to sell them. Sell vehicles of people who simply didn’t want to get involved, not active protesters.

Royal Canadian Mounted Police — the once beloved “Mounties” — brag of being jackbooted thugs, hoping to get into the action so they can beat and trample people, too. They want to add trampling old women with horses to their standard tactics.

And yeah, Parliament approves of this shit.

Speaking of Parliament, MP Ya’ara Saks has declared that “Honk Honk” is a “new acronym” for “Heil Hitler.”

In better news, Canadians appear to getting tired of their shit. 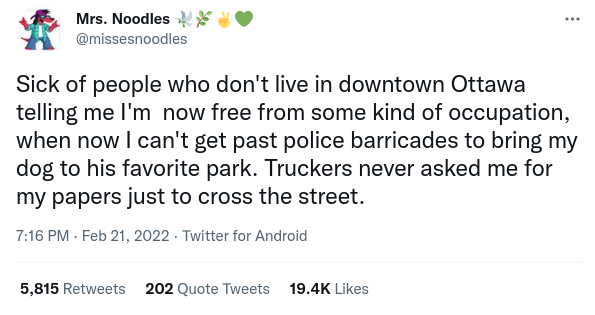 Sick of people who don’t live in downtown Ottawa telling me I’m now free from some kind of occupation, when now I can’t get past police barricades to bring my dog to his favorite park. Truckers never asked me for my papers just to cross the street.

Yep, it appears you now have to show identity papers to travel, to walk, in Ottawa now. Papieren, bitte. And they call the protesters Nazis.

She’s not the only pissed off Canadian. Protests are spreading across the country. An anonymous (I don’t blame him, what with Canada freezing bank accounts of family members of suspected protesters and donors) trucker is calling for a general strike, and invites Americans to participate, too. Stock your pantry while you can, if you can.

Because things in America are about to get more interesting, as our own domestic trucker protest ramps up.

State and local law enforcement have called in support from the National Guard In anticipation of the massive convoy in the D.C. area between late February and late March, a government source told Fox News on Tuesday.

Preemptively calling up the NG.

Can’t say I ever expected to see a headline like this. 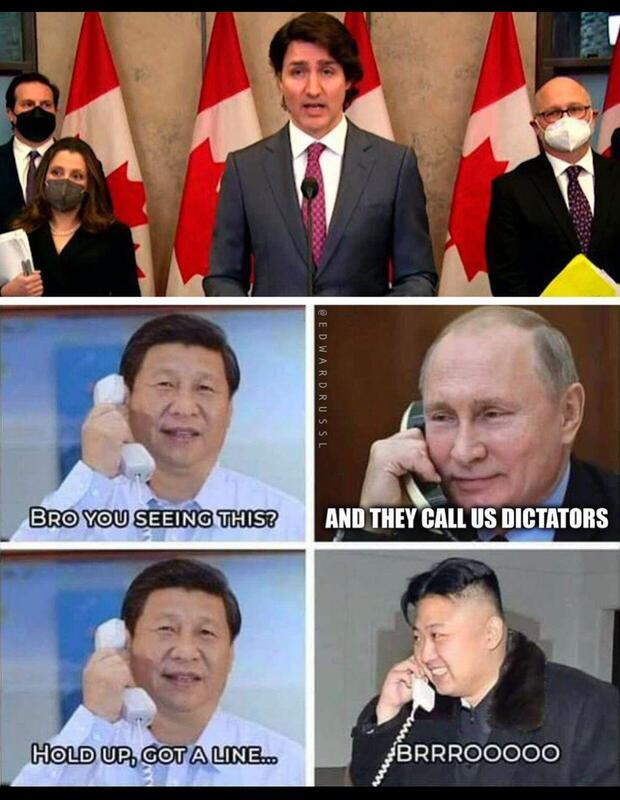 I question that. Someone with a single action revolver needs to check it.

EXCLUSIVE: Alec Baldwin and wife Hilaria head out for coffee in NYC as Santa Fe DA reveals actor might have fired the gun that killed Rust cinematographer Halyna Hutchins ‘without pulling the trigger’
‘One of the investigators in my office happens to have a very old type revolver, and so he brought it, at my request, so that we could look at it and see if that was at all possible,’ Carmack-Altwies told Vanity Fair.

‘Then they visually showed me you can pull the hammer back without actually pulling the trigger and without actually locking it,’ she added. ‘So you pull it back partway, it doesn’t lock, and then if you let it go, the firing pin can hit the primer of the bullet.’

1. I doubt that a hammer pulled back short of half-cock would land with sufficient force to set off the primer.

2. Pulling the hammer back begins to rotate the cylinder. I don’t think a primer would even be under the hammer when it landed,

I don’t currently own a SA revolver. Someone who does should fact-check me.