My first thought on seeing this report was, “Do they expect that to convince…”

Then I came to a full stop.

One attendee in particular, dressed in what appeared to be a one-piece bathing suit, walked up to the men praying and screamed in their faces. She also waved around a plastic baby doll with a pink cloth tied around its neck.
“I’m killing the mother f&cking baby,” she yelled, strangling the doll.

They don’t expect to convince anyone of the righteousness of abortion. They intend to provoke.

If the leak is really indicative of how the Court will rule, the “Right,” the anti-abortion people, have no reason to do that. They’d have won.

And the pro-abortion side knows it. So they have to provoke the “predicted” violence; the better to demonize pro-lifers.

Happily, the good people in New York didn’t fall for it.

More and more, it’s getting harder to tell parody from… someone being serious. Latest case in point: this gun ammunition control LtE.

Letter — Control ammunition to control guns
Automatic weapons with performance very similar to the AR15 have been known since a patent was issued to Remington in about 1918. See: (https://en.wikipedia.org/wiki/Pedersen_device)

That’s factually wrong on so many points.

Pinning down the “first” machine gun is tricky, given the gradual evolution of firearm firing multiple rounds at a time… since the 16th century at least. Probably the first practical, commercial machine gun was the Maxim Gun in 1884, not decades later in 1918.

The Pedersen device? A semi-auto conversion for the Springfield ’03. Not a machine gun even by the most warped ATF decision.

At this point, Mr. Ligon pulled out his shovel and started digging.

But really the problem is that it’s not actually a matter of controlling the guns. Guns do nothing without ammunition. But the government seems to have no interest in controlling ammunition.

If you fix things so that if you have all guns registered then in order to buy ammunition you need to produce this registration.

I suggested many years ago that we tag our ammunition with compounds that produce very strong odors and are not dangerous themselves. Such compounds exist but no one chooses to use them. If such materials were used we would know when someone was using “legal” ammunition, If you did not use legal ammunition you could be arrested.

So… presumably walking around with no firearm visible (presumed conceal carry) without stinking would be probably cause as well.

Gonna be a bitch for the nonputrescent noncarriers getting busted left and right.

He even tosses in the semi- (or is that full-) obligatory Public Broadcasting Service reference, so you’ll know where he gets his reliable data.

This either near-masterful parody of an ignorant victim-disarmer, or the real thing. I can no longer reliably tell the difference.

The War On Guns: Notes From The Resistance

He’s still tweaking it, but you should bookmark it now to be ready when it becomes his main site.

His old blog is still live. I think his plan is to leave it up unless/until the censorious SOBs at Blogger take it down. He has spoken of migrating his old material to the new site, but I don’t know if that’s happening yet.

Just saw a birthday reminder on Gunbloggers. Not mine, but damn.

Yeah, another year closer to dying.*

* Or not. I’ve screwed with some cemetery plot salescritters.

Many years ago, I got a telemarketer call pitching plots. I let her ramble, then said, “I won’t be needing a grave.”

Oh, you already have a plot?

No. Just don’t need one.

-silence- then, I realize it may not be something to you want to dwell on, but passing is God’s plan for all of us.

Not for me. I’m immortal.

-another pause- But you can’t DO that!

I pulled that again a few years later. My grandmother wanted to see her plot and had me drive her to the cemetery. The salesweasel tried selling me a plot of my own. Gave him the immortality routine. I’d swear his expression shifted from joking to crazy to Shit, is he? But he shut up.

The AP’s Ali Swenson attempted to debunk the 2,000 Mules election fraud documentary. It didn’t go well. He/She/It focused on the limitations of cellphone GPS geolocation, and a gullible hack’s — herself — lack of knowledge.

But that’s based on faulty assumptions, anonymous accounts and improper analysis of cellphone location data, which is not precise enough to confirm that somebody deposited a ballot into a drop box, according to experts.
[…]
Plus, experts say cellphone location data, even at its most advanced, can only reliably track a smartphone within a few meters — not close enough to know whether someone actually dropped off a ballot or just walked or drove nearby.

Her unnamed experts apparently never checked their own phones’ accuracy. Just for the hell of it, I fired up my phone’s map app.

It showed me walking through my house, down the sidewalk, and finally onto the street. It showed when I stepped back onto the drive, and back to the house. These ain’t the Cold War days, hon, when GPS signals were deliberately degraded for civilians.

But that’s one anecdotal case; something Swenson clearly holds in disdain.

The FBI — and judges issuing probable cause warrants — found phone geolocation to be accurate enough to arrest at least 45 people for alleged January 6 participation.

The CDC found it phone geolocation to be accurate enough to use to determine if the sheep were complying with ChinCOVID lockdowns.

Law enforcement finds phone geolocation to be accurate enough to routinely use in thousands of criminal investigations.

Apple Air Tag geolocation is accurate enough to find lost car keys or track a robbery target to her home.

Geolocation is accurate enough that the DOD banned deployed service members from using FitBit or other wearable geolocation apps. (I love the app that publicly mapped a “secret” military installation.) 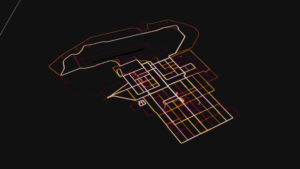 But Swenson carefully notes that even if the geolocation data is good, then it doesn’t necessarily mean the person tracked is the same person seen on video dumping handfuls of ballots. Even when that same person s seen dumping at multiple boxes across a city — in the middle of the night — confluent with that same geolocated phone. Pure coincidence… dozens of times.

Swenson explains away the dumps of multiple ballots; That wasn’t harvesting, they were probably dropping off ballots for their families. Funny thing, in Georgia, you can only drop off ballots for immediate family members or members of your own household (not apartment building). The one video I saw of the gloved person dumping what looked like at least two dozen ballots? Just a really big family, I guess. Somewhat larger than the average 2.5 people per household; not 2.53 registered voters, 2.5 adults and children-not-eligible-to-vote.

Those gloves? No prob, Swenson declares. They were wearing gloves in Georgia because it was cold (Atlanta Fall rarely gets that cold), or because of the pandemic. Hint: the damned few Georgians that were gloving up over ChinCOVID fears did it inside, not outdoors, except for a very few paranoiacs, mostly who wouldn’t leave the house anyway. (And if it was cold/pandemic, why did that person peel off the rubber gloves after dumping the ballots>)

I wonder: If little Ali had a stalker, and geolocation kept showing the same phone approaching her home, at the same time that her Ring camera coincidentally showed the same creep coming to her door… over and over and over… would she blow that off as “coincidence;” maybe just a UPS driver driving past on his regular route… at 3 AM?

Apparently abortion is so popular with Americans that you have to pay people to protest in favor of it.

Abortion rights group doxxes Supreme Court justices, offers stipends for protests
A pro-abortion rights protest group that claims to carry on the legacy of former Supreme Court Justice Ruth Bader Ginsburg said it would fund protesters to participate in demonstrations outside the homes of the six Republican-appointed justices in response to the court’s expected ruling to overturn Roe v. Wade.

I noticed something interesting at the group’s protest sign-up page. 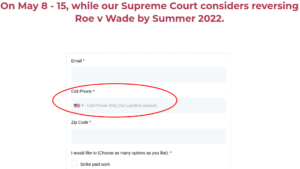 “Cell Phone Only (No Landline please)”

Now why would they only want your personal GPS tracking device? If it were only for the paid “protesters,” I could see that as a way to use geolocation to confirm you showed up and earned the pay check. But for everyone?

Almost makes you wonder just who anonymously registered that domain, just last year, for one year.

COVID-19 Death Toll May Actually Be Triple What We Thought, WHO Says
The global death toll inflicted by COVID-19 may actually be three times higher than previously believed, according to a new World Health Organization (WHO) report.

Between January 1, 2020 and December 31, 2021, there were approximately 14.9 million excess deaths associated with COVID-19 worldwide, according to the WHO. Only 5.4 million COVID-19 deaths were reported to the agency during that time frame, meaning the remaining nearly 10 million deaths included deaths from the virus went unreported, or were deaths caused indirectly by the pandemic’s effects on health care systems and society as a whole.

Even if I accept the numbers, I’d guess that most will be attributed to that pandemic’s effects on health care systems and society as a whole” bit.

Conveniently, this lets them mask pseudo-vax related deaths. Which I imagine was their real goal.

SETTLED LAW
I recently wrote elsewhere about the odd way Dims like to interpret rights, specifically abortion. Regardless of whether you’re pro-abortion of pro-life, you should find ROE v. WADE to be really bad pseudo-constitutional law.
[Read more]

Anthony Fauci: ‘We Are Still in the Middle of a Pandemic’ 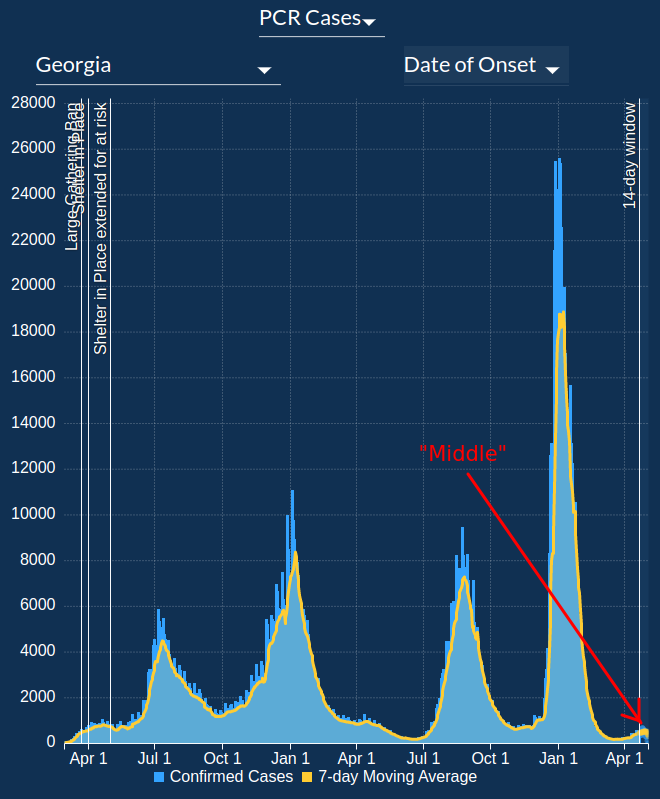 This just showed up in my sister’s phone newsfeed. 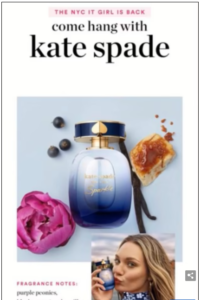 The possibilities go downhill from there.