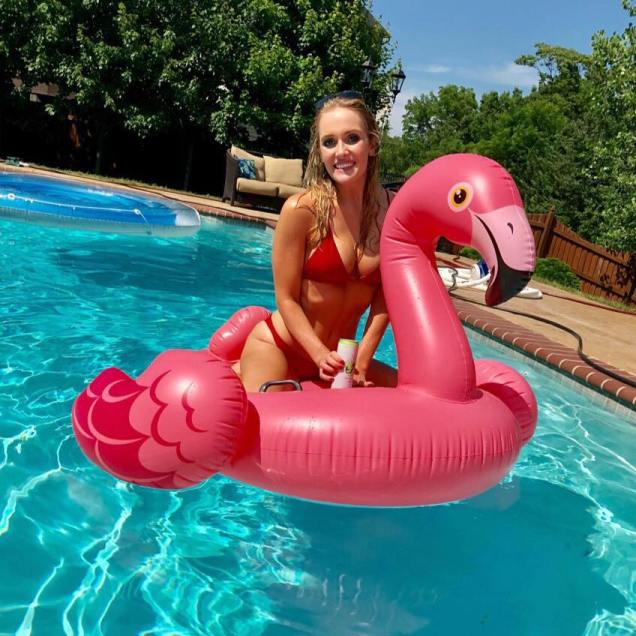 I’ve been following the Chauvin-Floyd case. Up to now, based on…

I held the position that Floyd was dying of an overdose already, and Chauvin kneeling on his neck, restricting blood flow, mere contributed to the inevitable death. I thought a manslaughter conviction might be more appropriate. But.

I like to keep reviewing evidence as it comes in, and today we got a doozy.

Black Lives Matter, and the mainstream media journalists that support them, have long claimed that the officer was kneeling on the 46-year-old drug addict’s neck.

Nelson asked Minneapolis Police Chief Medaria Arradondo if he was familiar with the concept of “camera perspective bias” before playing two different angles of footage from the scene.

The only video I’d ever seen before this was the incriminating Darnella Frazier video. I wasn’t even aware of the existence of that bodycam video. Quite clearly Chauvin is not on Floyd’s neck. Therefore, he was not restricting blood flow through the neck.

My current thinking is “not guilty.” But the trial goes on, and maybe the prosecution will have some persuasive surprise of their own. Even if the best they could do to date, is beg the jury to ignore the ME’s report.

The facts for now argue for acquittal. Maybe that’ll even happen;one thing I didn’t follow was jury selection, so I don’t know what they have to work with. If they acquit…

“Cities Will Be on Fire”.

Anyone remember the old days when randomly redefining your identity and demanding everyone else accept your alternate reality was a bad thing?

Just 30 short years ago… It would be interesting to see Watterson come out of retirement, and try to make Calvin deal with this world.

From nuclear football to Easter Bunny, it’s all in a day’s work for Biden military aide
One day you are charged with carrying the president’s “nuclear football,” the sturdy briefcase carrying all the codes and information he needs to authorize a strike when he is away from the White House. The next you are dressed as the Easter Bunny.

On Friday, Lt. Col. Brandon Westling, an Air Force aide to the president, was spotted walking to Marine One carrying the 45-pound briefcase that accompanies President Joe Biden wherever he travels.

On Easter Monday, the White House said he was carrying out a rather different duty as the Easter Bunny.

I’m guessing that Westling is a grade A political suck-up of an officer. I find this shocking.

Thomas wrote that companies, who are not subjected to the first amendment, do not have the “right to exclude.” 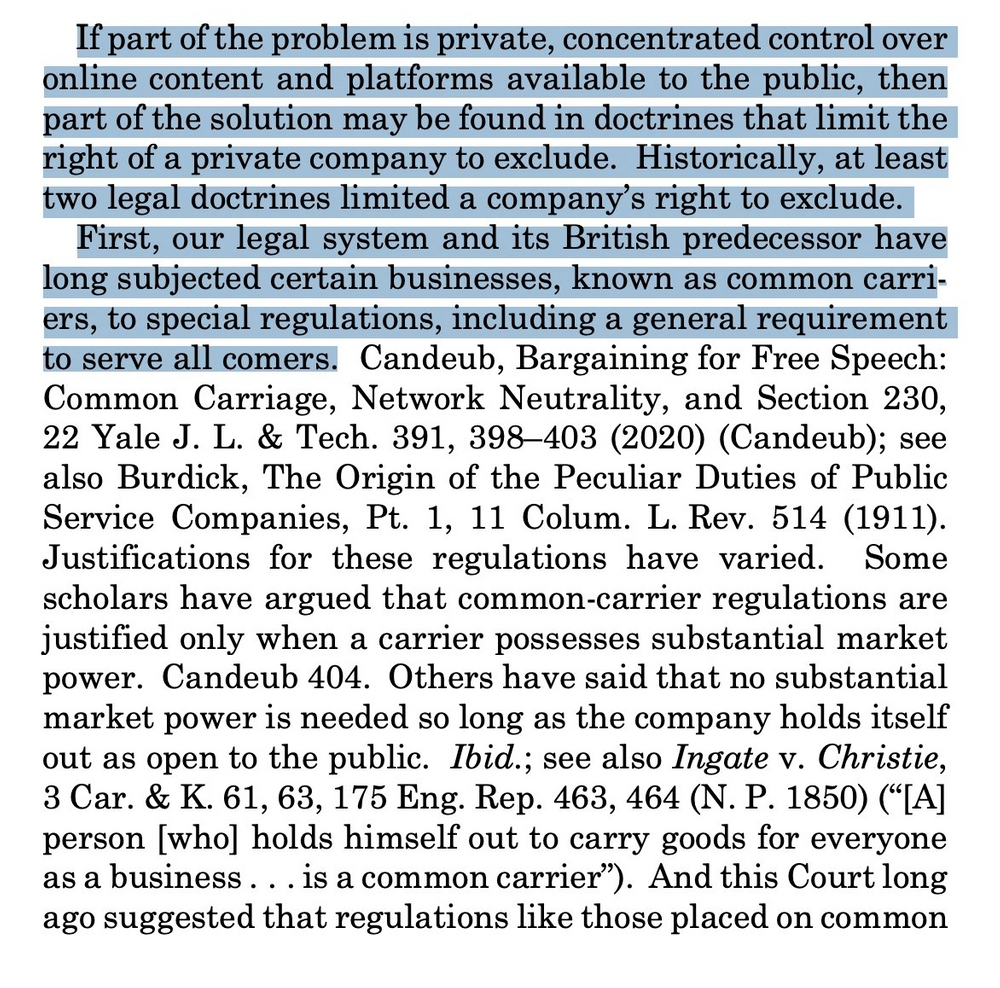 I’ve worked for phone companies. Yes, they are common carriers. And let me tell you, we not only could not censor customers, we weren’t supposed to listen in beyong the most limited monitoring to do maintenance. And telling anyone what you did accidentally overhear was a felony; which is why I can’t tell about one truly bizarre phone call I heard during a forced lightwave system switch. He has a new… what??

I think Thomas is correct. And… it would even be helpful to the big social media platforms to have that status. Interfering with a common carrier’s operation is a federal felony. That’s one more tool in the box for fixing hackers and spammers. The companies would lose their alleged right to censor speech thy don’t, but wouldn’t it be worth it?

Remember that from last month? We knew it was unlikely that he lawfully purchased that handgun. Then the idiot published a memoir and started giving interviews to confirm it.

And he still at it, with an actual timeline.  Hunter Biden clarifies that he definitely was an active addict and user of illegal drugs at the time he lied on the 4473 to purchase that handgun. Yes, he was a prohibited person.

But when Beau died of brain cancer in 2015, Hunter began a four-year descent into the darkest period of his addiction, what he calls “a blur of complete and utter debauchery.”

“Drinking a quart of vodka a day by yourself in a room is absolutely, completely debilitating,” Hunter told Mason, adding he was “smoking crack around the clock” and “drinking insanely lethal amounts of alcohol.”

Some blue-checkmark CNN idiot, of whom I’d never heard, finds this stat “worrisome”. 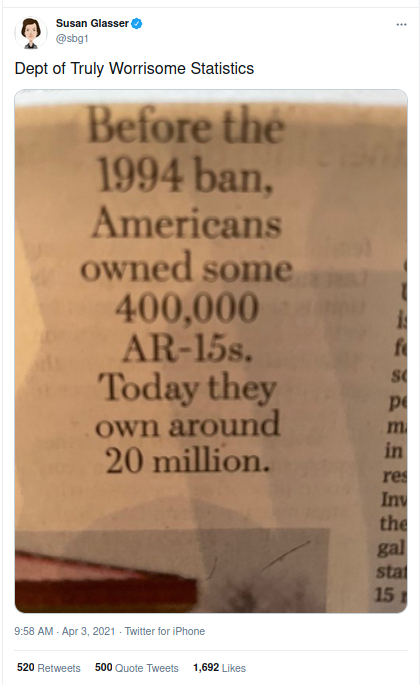 Me, too. Why in hell is it only 20 million? The other 308 million. folks really need to step up their game

Even as many people are calling for Biden to face the same consequences any other drug addict would have for lying on a 447, and unlawfully possessing a firearm, this idiot…

Admits it. He wrote a book seemingly detailing his addiction in detail (nota bene: I haven’t read what has been called “probably the sleaziest autobiography ever,” and I don’t plan to).

In Beautiful Things, Hunter recounts his descent into substance abuse and his tortuous path to sobriety. The story ends with where Hunter is today—a sober married man with a new baby, finally able to appreciate the beautiful things in life.

“I spent more time on my hands and knees picking through rugs smoking anything that resembled crack cocaine. I probably smoked more Parmesan cheese than anyone – than anyone you know, Tracy.”

In a sane world, he’d be under indictment already. The prosecution would enter his book and interviews as conclusive evidence of his crimes.

But we don’t live in a sane world. We live in Bizarroworld, where his senile father was “elected” to the Presidency despite not even knowing what office he was running for. We live in a crazy world where the double standards for the elite have never been more starkly evident.

Here’s what they are opposing:

Sure, there are troubling aspects; like requiring absentee voters to be smart enough to figure out that their driver license number is the one labeled “DL No.” Even the ID requirement is tough to meet…

…since one of the many acceptable forms of ID is the free voter ID. Or a utility bill.

Yes; I am being sarcastic. If anyone in Section 8 housing, drawing EBT, or on Medicaid/Medicare claims they can’t meet the voter ID requirement, they are lying. 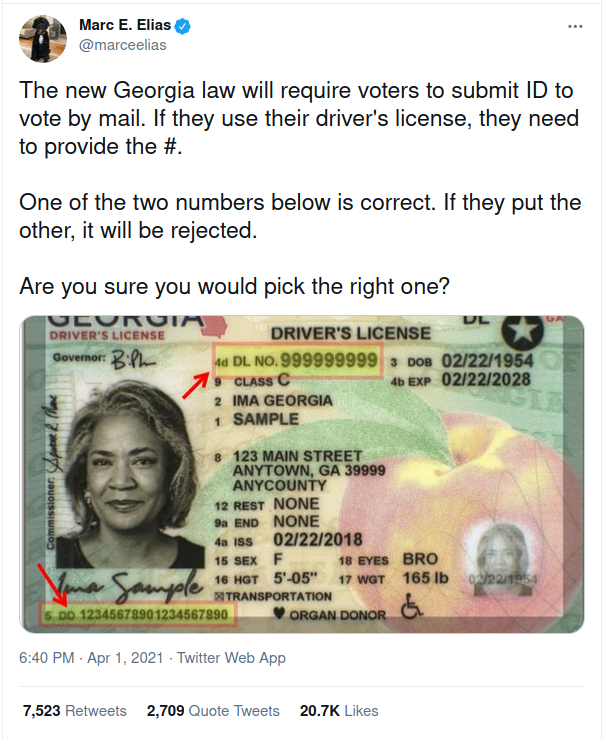 In fact, he just showed how moronic he is. Georgians are generally smart enough to figure out that the number labeled “DL No.” is the Driver License Number.

If you can’t figure that out, you probably not shouldn’t be voting, but you probably won’t be able to register anyway.