The exceptions are special elections held in conjunction with a general election, and or if it’s one whose date is set in § 21-2-540.

(3) The provisions of this subsection shall not apply to:
(B) Special primaries or special elections to fill vacancies in federal or state public offices.

I see two ways to view the run-off:

1. The run-off is merely a continuation of the general senates election from November 3. (see update below) If that’s the case, the the deadline to register was October 5. No one else need apply and vote in the run-off next month. Or…

But SOS Raffensperger set the deadline on December 7. That fucking idiot used the § 21-2-224(a) general election registration rule.

Once again, that scumbag violated state law to give Dems more time to ship in people and register.

Added, 12/19: Doh! I got so wrapped up in Georgia Code that I neglected the Georgia Constitution. Article II, Section II, Paragraph II: 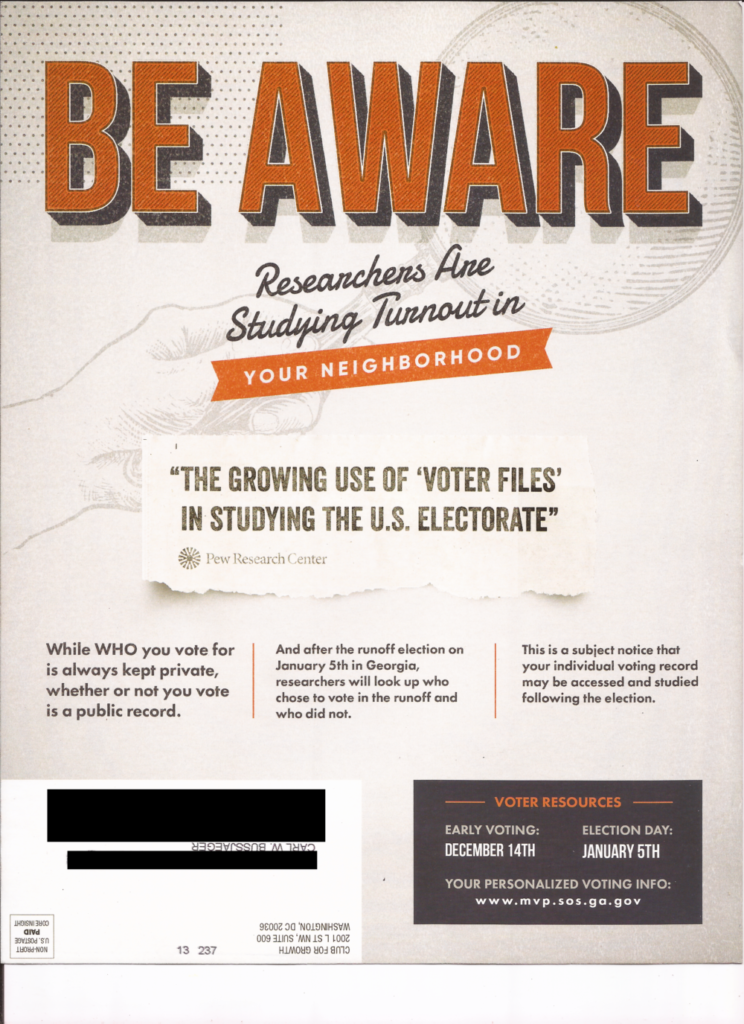