Bleah. Outside of pies, not a fan.

But a “pumpkin spice” product made it into the house. My sister’s friend hits food pantries, where they hand stuff out as take-it-or-leave-it. What with diet restrictions and preferences, she ends up with stuff she’s not going to eat. She gives that stuff to friends and neighbors. We got a delivery today.

I found a bag of pumpkin spice-flavored marshmallows.

My sister just yelled, “I’m throwing them out. They look disgusting.”

They did. And I wasn’t tempted to sample one before she tossed them.

I’m not bothering with story links, because — as you’ll see — that’s a bit pointless. Or to the point, as it were.

To read the news, Nancy Pelosi’s drunkard hubby was attacked at home.

From there, everything in the news is subject to change without notice, before or after.

The alleged perp broke in. Except when they say there were no signs of forced entry.

The cops responded remarkably quickly (personally, I figured the Pelosi’s have a permanent protective detail outside the house). That quick response was…

2. In response to Pelosi calling 911 while fighting over a hammer with his assailant.

3. An emergency welfare check, but they got a 911 call during dispatch.

Pelosi didn’t know his assailant. Except for telling police (during the 911 call?) that he didn’t know him, but his name is Dave and he’s a friend. WTF?

Yeah, well; how well do you really know your friends? /sarc

The alleged assailant’s… clothing is of some interest. Yesterday, multiple news reports said the alleged assailant was only wearing underwear. Today, all of those reports seem to be “updated,” with no mention of clothing at all; or completely 404. I did see one story that said “underwear” yesterday, but has now deleted it, but had the semi-decency to include a note that the story was changed to remove the clothing description.

Apparently the charges against the accused include “elder abuse.” That might be interesting, since most of the California elder abuse statutes seem to require a caretaker or familial relationship between the accused and victim. § 368(b) might be stretched to include an accused without such a relationship, though.

“News” services routinely bungle facts in their rush to scoop the competition. Maybe that’s what’s happening in this case. But a lot of those changes strike me as peculiar (particularly the underwear thing), and suspiciously convenient for the high profile hubby of a powerful politician who might be embarrassed by said hubby in a domestic spat at home with a much younger, underwear-clad man.

“Anyone suspended for minor & dubious reasons will be freed from Twitter jail,” Musk wrote.

Added: I can’t say that this looks promising.

Spoiler: The cops didn’t need a red flag confiscation law to do their damned jobs. And if this report is accurate, they could have prevented the shooting completely without it.

If Only Missouri Had a Red Flag Law
The Saint Louis school shooting could have been prevented. Or so the Post-Dispatch would have us believe.
[Read more]

The nekkid artist answers the door, six feet tall and skeletal, with a wild mane of black hair and a snake hanging around his neck, to find two elderly African-American women wearing their Sunday best…”white gloves and all!” said Byron…standing on the porch wanting to tell him about Jesus.

My own… well, I wasn’t quite nekkid.

I’d gone to bed after a long overnight double shift. I woke to someone pounding rather insistently on my door.

I got up, went to the door, grabbed an… implement.

Door flies open to reveal a half-naked six-foot barbarian with bed-head hair and a frickin’ broadsword yelling, “What?!”

They ran off. And it was years before I had another visit from JWs. I think they added me to some sort of self-preservation Do Not Contact list.

An old SCA acquaintance pulled something a bit different. He saw them coming as they worked their way though the apartment complex. He turned off his lights, lit some candles, and pulled on a black hooded cloak (SCA, right?).

He invites them in. “Let me tell you about my lord, Lucifer.”

Turning BRUEN On Its Head
The Firearms Policy Coalition and the Second Amendment Foundation are suing Washington over its “high capacity” (10+ rounds) magazine ban. That’s old news in itself. What is new is that the Aliiance for Gun Responsibility joined the case as “intervenor-defendant.”

Yes, someone petitioned the court to be sued. Odd, but not unprecedented. More often if someone thinks they have valid points to bring to the court’s attention they would file an amicus brief. But actually being a party to the case gives them more leeway to file motions and responses and potentially call more witnesses.

But I couldn’t help wondering exactly what the AGR, the primary backers of the ban, expected to bring before the court that the existing governmental defendants couldn’t or wouldn’t.
[Read more]

At least, as far back as Biden can remember.

Have you seen gas prices around here in LA? It’s 7 bucks a gallon almost,” a reporter said after Biden handed a cashier three $20 bills for a $16.45 order of six tacos and two quesadillas.

One would hope — even if the shit hits the fan — that Russia is smart enough to not invade Finland this time of year.

Historically, that hasn’t gone real well for them. 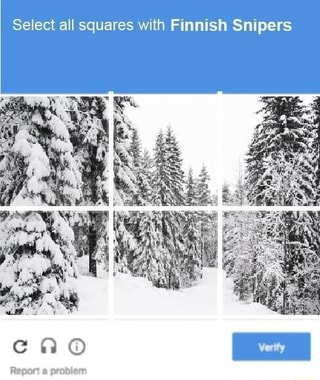 Another One Bites The Dust
A few weeks ago, I noted that Gun Control Act of 1968 restrictions were in serious trouble, post-BRUEN.

Unconstitutional GCA restrictions are beginning to drop like flies, now that the Supreme Court has put the lower courts on notice that the intermediate scrutiny game doesn’t play anymore.
[…]
“What makes the Second Amendment right second class this time? Where’s the general historical tradition for that, since it never existed prior to 1968?”

Chalk up another one.
[Read more]

And leave a little for everyone else>

The immediate release formulation of amphetamine mixed salts, commonly known by the brand name Adderall or Adderall IR, is in short supply, the Food and Drug Administration said Wednesday.

They’re obviously doping President Dementia to the gills to get him through public appearances, and now we have a national shortage.

Coincidence? I think not.