Someone got this picture of President Creepy at the Congressional baseball game. 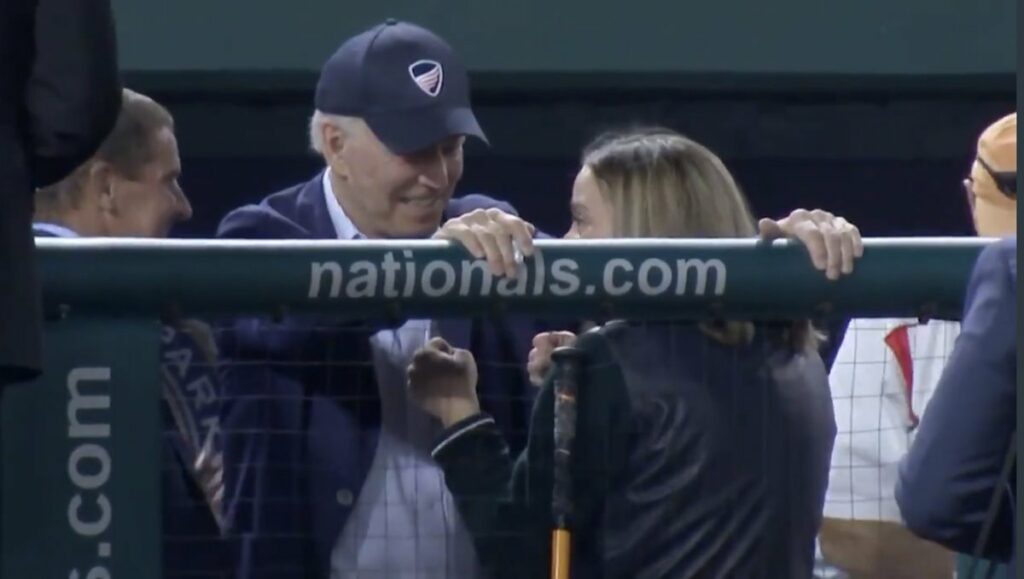 There is zero context here. I don’t know what was actually going on, who she is… nada.

But the image is creepy. It looks like he has her pinned to the fence. She has her fists raised. In fear? As a joke? Is this a friend, and it’s normal for them? Dunno.

But based on the single still shot, I would consider a man leaning in that way, fencing her in with his arms, on any woman other than a wife or girlfriend to be absolutely improper.

If someone knows more about the context of this apparent incident, please share.