I see some folks are getting excited over the fact that the IRS is stockpiling guns and ammo. I’m not sure why it’s such a surprise, because they been doing that at least since the days of Clinton’s “kinder” IRS.

That’s a problem, yes. But of somewhat more significance to me is this: 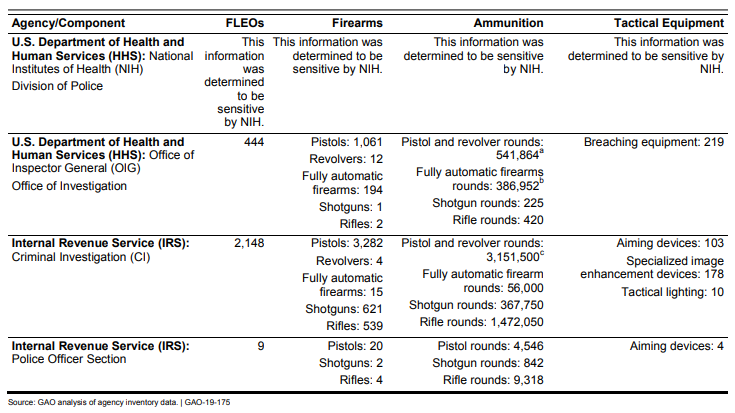 1. Why in the hell does the National Institutes of Health have its own police department? What part of seeking “fundamental knowledge about the nature and behavior of living systems and the application of that knowledge to enhance health, lengthen life, and reduce illness and disability” requires police power and guns? Are they going arrest that fundamental knowledge?

2. And why the hell does the NIH refuse to tell an arm of Congress — their boss — how many guns and how much ammo it has?

You know, if I were to magically become president, every fed agency with its own pocket police would lose ’em. Need someone with a badge? Call the Marshals Service.

And yeah, that would include the FBI.