For lack of further data at this time, I’m gonna have to question whether that door could even be locked. From the inside anyway, as the cops are now claiming.

The gunman then entered adjoining classrooms 111 and 112, walked back into the hallway one time, then reentered the classrooms and locked the door behind him, [Texas DPS Director Steven] McCraw previously said.

He locked it behind himself, really? 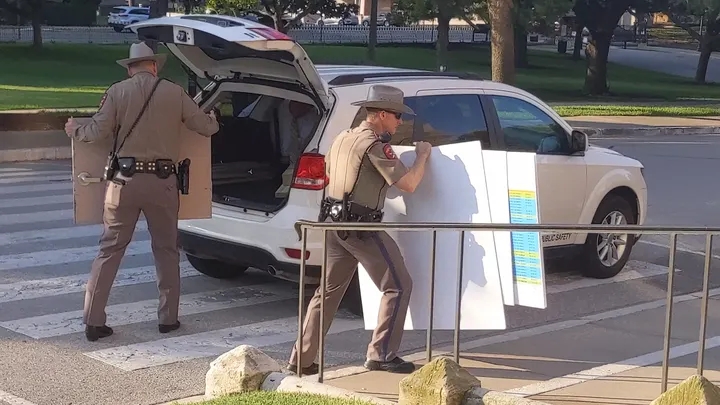 Hopefully that isn’t the actual door from the murder scene classroom. But if it is indicative of the door in question, that picture is very interesting. Let’s zoom in. 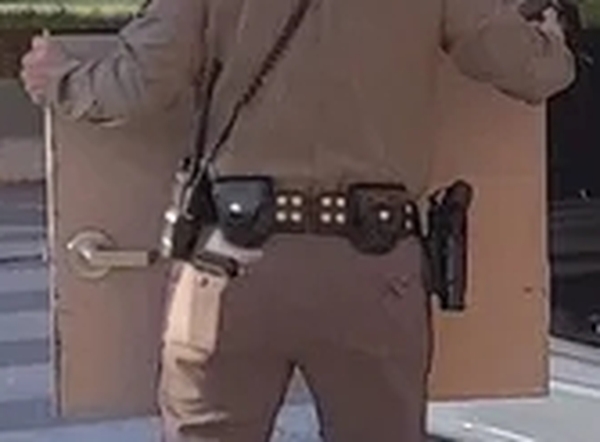 There is no key slot visible in that door handle; no lock control. That would be fairly typical for the room-side door handle. The key hole would be on the hall-side.

But there’s no way for Bucket O’Chum to lock it behind him. Nor is there a separate locking mechanism visible, and that door section is large enough — and secondary locks are normally installed fairly close to the handle — for one to be visible if one were there.

Arredondo described the door to the classroom as one having a steel jamb that is designed to keep attackers in the hallways from forcing themselves in.

No such jam is visible on their prop. And if the door had such a manual jam, what good would keys have done? You could unlock a door, but it would still be jammed. And…

Allegedly, the door outwards into the hall. What sort of door jam or door stop on the inside would keep them from pulling the door open? A cross bar maybe; but I see no indication of that on the prop.

Since fishbait was able to simply open the door — twice — it wasn’t locked, whether that was due to being manually unlocked or malfunctioning.

However, a June 9 CNN report (yeah, take it with a grain of salt) said:

One teacher went to lock the door, but Miah says the shooter was already right there — and shot out the window in the door.

That does support the idea that some sort of lock was there. But it also supports the idea that it was not locked to begin with. During a lockdown.

Why on earth would the cops bring in the door or a prop to demonstrate a door lock without including… well, the lock?

Now, the reason I hope that isn’t the actual door. The real door is evidence. Both in an investigation the Uvalde cops claim is ongoing, and for the inevitable lawsuits.

A law enforcement source told the San Antonio Express-News that surveillance footage from Robb Elementary School shows that police made no effort to open the door. The report further states there is reason to believe it may have been unlocked.
[…]
According to the source, investigators believe the shooter who killed 19 children and two teachers at the school could not have locked the door to the connected classrooms from the inside.