Don’t Confuse an Accident with a Crime
For those who think now-former Brooklyn Center police officer Kim Potter should be charged with a crime – let alone murder – I have a simple question: if a surgeon accidentally nicks an artery and kills a patient when she mistakes the scalpel in her hand for a prober, should she be charged with murder, or even manslaughter?

That is a very poor analogy.

A better one would be that the surgeon needed a probe. But he asks for a scalpel (Potter draws wrong weapon). Then, failing to notice what tool he has in his hand (Potter fails to notice she has a heavy, black Glock with no manual safety, instead of a lighter, yellow, manual-safety Taser with a very different grip), and deliberately slices an artery (Bang.) 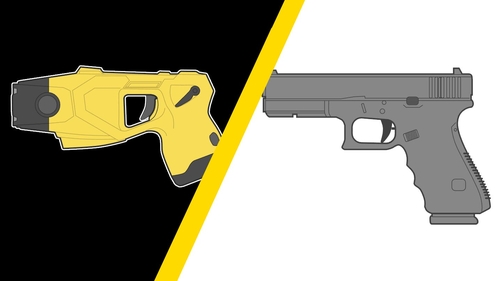 In neither case should the negligent, not accidental, actor be let off with a mere, “My bad. So sue me.”

“Error” does not equal “accident.” Try another analogy: Driver enters an Interstate through the OFF ramp, and proceeds to have a head-on collision at high speed, killing another driver. Should the “oops, ‘accidentally’ used the wrong ramp” driver be allowed to go with a “don’t do that again”?

In the shooting, one might cut a probationary rookie, with minimal training, a bit of adrenalized slack. But a 26 year veteran?

I’m a military veteran, former peace officer, former private security officer, and carry licensee. I can’t count how many times I mistook my firearm for a less-lethal tool and shot someone. I can’t count them because the number is zero. Zero in over 40 years.

For a period, for covert purposes, I carried an OC dispenser disguised as a pen. And never once did I mistake the spray for a pen and spray myself trying to sign a log.

One point of agreement with Mr. Choslovsky; Potter did not commit murder. I’m not familiar with the specifics of Minnesota law, but if this had happened in Georgia, I’d consider it involuntary manslaughter, a misdemeanor.

Added: For those curious, I did look up Minnesota Statute 609.205 MANSLAUGHTER IN THE SECOND DEGREE, which what Potter is charged with. The relevant part is:

A person who causes the death of another by any of the following means is guilty of manslaughter in the second degree and may be sentenced to imprisonment for not more than ten years or to payment of a fine of not more than $20,000, or both:

(1) by the person’s culpable negligence whereby the person creates an unreasonable risk, and consciously takes chances of causing death or great bodily harm to another; or

The 2nd degree definition is similar to Georgia’s, but is a felony. A quick look at the options available to prosecutors indicates this was the lowest charge they could use in a matter that ended in a death.