…they’d have no standards at all.

Wait. They’re doing this before Biden takes office? Isn’t this basically what Flynn was convicted for?

Report: Biden Team Already in Talks with Iran over Return to Nuclear Deal
The Biden administration has already unrolled its plan to return to the 2015 nuclear deal and has begun holding quiet talks with Iran, an Israeli TV station reported Saturday.

Yeah, ten times as many troops in our capital, than in a supposed theater of war. All those armed troops, authorized to use deadly force, to protect the inauguration from ChinCOVID.

Add in twittering of everyone right of Mao Tse Tung.

Throw in a heaping helping of disarmament. 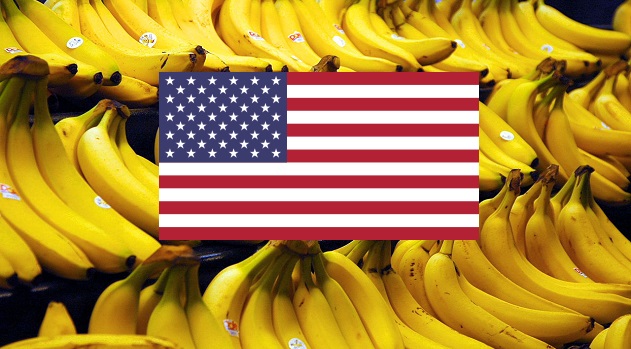 I ordered a replacement oven baking element. UPS said it was out for delivery this morning.

A few minutes ago, I got a new notification: Item is undeliverable.

I think UPS broke it. Damn it, those things are relatively fragile.

I’ll have to try again, once I get the refund.

to violate basic constitutionally protected human/civil rights because you can

Joe Biden Is Holding a “Virtual Inaugural Parade” Since Nobody Will Come — Maybe They’ll End with a Circle Rally?
President-elect Joe Biden and Vice President-elect Kamala Harris have instituted a series of strict safety protocols to protect potential attendees at their January 20 ceremony, which is themed “Our Determined Democracy: Forging a More Perfect Union.”

“Forging.” Clearly a reference to all those mystery Biden ballots. 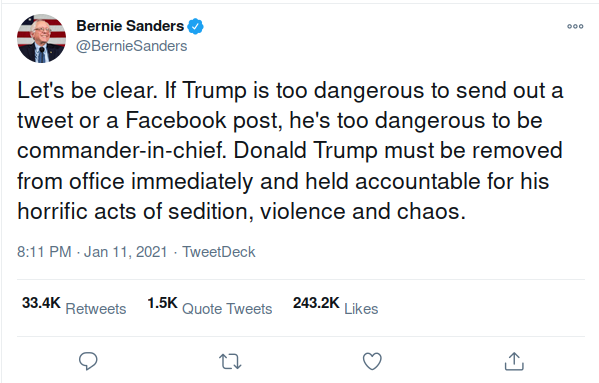 Normally, I check news first thing in the morning. After yesterday though…

I got up today and decided to hold off. After a couple cups of coffee, I gave it a shot.

In the mainstream media, it’s all cheers; “Yippee! We’ve silenced those bad Trumpsters!” Whether they were actually Trump supporters or not. Hint: You can oppose election fraud, socialism, and Pantifa/BLM without supporting Trump.

But yeah. they’re silencing people. And they’ve fucking stupid enough to think that’s good. You took our elections. You took our courts. Now you’re taking — you think — our voices.

What’s that leave? Did you truly believe (speaking of the Left, I can’t say “think”) that only left capitulation?

Unconfirmed, but — I think — extremely credible. 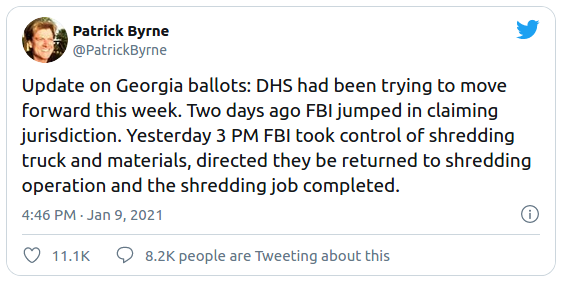 Update on Georgia ballots: DHS had been trying to move forward this week. Two days ago FBI jumped in claiming jurisdiction. Yesterday 3 PM FBI took control of shredding truck and materials, directed they be returned to shredding operation and the shredding job completed.

Not sure why they bothered. No one was going to do anything about the fraud anyway. This is just a slap in the face…

Which I suppose was the point: “Fuck you. We aren’t going to let you challenge us.”

The Fate of Empires and the Search for Survival, by Sir John Glubb, was published in 1976. Some might call it prescient.

Glubb was among many other things, a historian. He saw that pretty much every empire though history went through the same phases from founding to collapse.

I’m just enough of a student of history that I was inclined to agree with his thesis. But reading that article was still a shocker. He’s right, and he supports the idea with some very telling a specific examples throughout history.

You should read this. It’s 26 pages, but it is not densely written just for uppity intellectuals. He clearly wanted this concept to be accessible to everyone. It is not a tough read.

I particularly want you to read the section on the Age of Decadence, the period that leads to collapse. Here’s one brief part.

As long as it retains its status of leadership,
the imperial people are glad to be generous,
even if slightly condescending. The rights of
citizenship are generously bestowed on every
race, even those formerly subject, and the
equality of mankind is proclaimed. The
Roman Empire passed through this phase,
when equal citizenship was thrown open to
all peoples, such provincials even becoming
senators and emperors.
The Arab Empire of Baghdad was equally,
perhaps even more, generous. During the
Age of Conquests, pure-bred Arabs had
constituted a ruling class, but in the ninth
century the empire was completely
cosmopolitan.
State assistance to the young and the poor
was equally generous. University students
received government grants to cover their
expenses while they were receiving higher
education. The State likewise offered free
medical treatment to the poor. The first free
public hospital was opened in Baghdad in
the reign of Harun al-Rashid (786-809), and
under his son, Mamun, free public hospitals
sprang up all over the Arab world from Spain
to what is now Pakistan.
The impression that it will always be
automatically rich causes the declining
empire to spend lavishly on its own
benevolence, until such time as the economy
collapses, the universities are closed and the
hospitals fall into ruin.

Then read some news headlines.