This is criminal stupidity 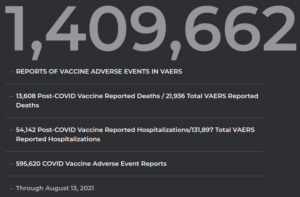 Last year, researchers around the world noted a seemingly odd fact: smokers tend be under-represented in ChinCOVID cases. That is, if 20% of the overall population smokes, you’d expect that — all other things being equal — that 20% of COVID cases would be smokers. But they’re seeing much lower percentages of smokers among cases.

There’s even a theory behind this: (very simplified version) SARS-CoV-2 binds to ACE2 receptors. Nicotine also binds to ACE2 receptors. If the nicotine gets there first, the virus can’t get in. Nicotine seems to confer some resistance to the virus. (Warning: Because of what nicotine does to the receptor, if you do catch COVID, despite resistance — not immunity — your case is more likely to go bad.)

A lot of Georgians smoke. Enough that the Georgia Department Public Health specifically tracks it as a co-morbidity for COVID-19. Estimates of how many vary greatly. Some estimates I’ve found are:

Beats me. In one group of people with whom I was recently working 42.9% smoked. But smoking varies by age and income, and that group’s demographic tend toward the high end.But a lot of Georgians smoke. As I said above, all else being equal, you might expect smokers to be represented among COVID-19 proportionally.

Smokers are under-represented among case by double digits. Depending on which smoker estimate you buy, high double digits. I started tracking this in December 2020, when I first heard about the COVOD-nicotine link. At that time, only 6.85% of the cases were smokers.

Light ’em up if you’ve got ’em. It’s more effective than masking.

Liberal Wisconsin Sheriff to Begin Referring to Inmates as ‘Residents’ to Reduce Stigma — Gets Brutally Mocked
A liberal Wisconsin sheriff has announced that he will begin referring to inmates as “residents” or “those within our care” to reduce stigma and treat the convicts with “dignity, respect, and humanity.”

My take, back in the day, was that they’d screwed up, and now had to earn that back.

Secretary of State Blinken on Fox.

WALLACE: Mr. Secretary, does the President not know what’s going on?

BLINKEN: This is an incredibly emotional time for many of us, and including allies and partners who’ve been shoulder to shoulder with us in Afghanistan for 20 years, at high costs themselves as well as us
[…]
WALLACE: Sir, respectfully that, that look, I’m not questioning whether or not the allies have a right to complain. I’m not questioning whether or not al Qaeda has a presence. The President said, Al Qaeda is gone. It’s not gone. The President said he’s not heard any criticism from the allies. There’s been a lot of criticism from the allies, words matter and the words of the President matter most.

BLINKEN: Chris, all I can tell you is what I’ve heard. And again, this is an powerfully emotional time for a lot of allies and partners as it is for me, as it is for us.

Well, he could hardly admit that Biden’s mind has left the building, obvious as it is.

There’s a complete transcript at the link.

Study: Masks Help Against COVID, Some Better Than Others
A new study examining masks effectiveness in protecting against COVID-19 infection finds N95-style masks to be more effective than surgical masks or other cloth coverings, adding scientific backing to the argument masks do provide some level of protection.

Izzat so? Let’s look at the study.

The present study experimentally investigates the dispersion and build-up of an exhaled aerosol modeled with polydisperse microscopic particles (approximately 1 μm mean diameter) by a seated manikin in a relatively large indoor environment.
[…]
Nevertheless, high-efficiency masks, such as the KN95, still offer substantially higher apparent filtration efficiencies (60% and 46% for R95 and KN95 masks, respectively) than the more commonly used cloth (10%) and surgical masks (12%), and therefore are still the recommended choice in mitigating airborne disease transmission indoors.

Hmm. So the masks types are effective at filtering 1 micron test particles at these levels:

So the procedure/dust masks virtually everyone is wearing are very nearly ineffective. For 1 micron particles.

And frankly, the test was all wrong anyway. None of these masks are designed to protect other people from viral spread, at most they protect the wearer. That is what they were designed to do.

* Yes; since I’m an asshole, I did email the study author and point this out.

Update: And I got a reply from Professor Yarusevych. A rather eyebrow-raising one.

Thank you for your interest. There is no issue with the methodology. The selected particle size represents particles that follow air flow. They are 10 larger than a single virus, which means their volume is about 1000 times larger. Thus, such small particles can carry a significant number of viral copies. I hope this alleviates your concern.

Apparently he assumes that SARS-CoV-2 will only be aerosolized in relatively large aerosols; that there couldn’t possibly be more smaller aerosols, but carrying fewer viruses each.

Added: Let’s be fair. Is his 1 μm assumption valid? The Mechanism of Breath Aerosol Formation suggests an exhalation aerosol range of .5 μm to .9 μm. (Added: It’s worth mentioning that .5 μm was just the detection threshold of the detection equipment, and that smaller aerosols were likely present.)

Gateway Pundit is implying that Rep. Mo Brooks (R-AL) told a crowd to accept the 2020 election results. But that isn’t what he said.

Now, our choices are very simple. There are some people who are despondent about voter fraud and election theft in 2020. Folks, put that behind you. Put that behind you. (boos) Alright, well look back at it, but go forward and take advantage of it.”

I agree. Too damned many people out there think that if various audits conclusively prove fraud…

Neither is going to happen. The United States Supreme Court has already ruled: No challenge to the results because the votes are already certified, and it is moot. It’s done. “Folks, put that behind you.”

What you do, if you’re still inclined to vote:

“go forward and take advantage of it.”

I don’t see where Brooks is wrong.

I’ve got some truly annoying spammers, who appear to be using consistent and real email addresses. Other spammers: harvest away!

Maj. Gen. Christopher Donahue has told his British Army counterpart, a high-ranking field-grade officer of the British army’s 22nd Special Air Service Regiment, that British operations were embarrassing the United States military in the absence of similar U.S. military operations. I understand that the British officer firmly rejected the request.

“If this report is true, (and I have no reason to suspect it is not), Major General “Dickhead” Donahue should be immediately relived and on the first plane out of the Theater of Operation.”

Oh, no. If true, MG Scumsucker should be relieved of command and escorted out the airport gates, to enjoy sunny, peaceful Afghanistan with the other trapped Americans.

Yeah, it’s Stupidity Weekend. That, and yesterday’s job pitch, reminded me of another headhunter from several years ago.

I got an email that read like it was from an actual human. The pitch even started out sounding interesting: turning up new cell phone sites. It was actually a pretty good fit for my background. But it had two serious catches; real game enders.

First, the work was in Massachusetts. Nope.

Secondly, the job was as a contractor, not employee, and the pay was $25 an hour. That would have meant I was on the hook for self-employed federal and Mass income taxes. Out of a mere $25. It gets better.

Besides the usual use-your-own-vehicle-to-drive-all-over-the-state, they expected their contractor to provide all his own tools and test equipment. For what the job involved, and what gear was available back in the day, that would have been probably north of a hundred grand in gear; a whole lot more if you wanted top-of-the-line stuff (test equipment prices used to be insane).

So they expected someone on the hook for $100,000 to work for around $18 an hour. It might take a while to pay off that gear at that a rate. And that hourly rate didn’t apply to drive time between sites (remember: sites scattered across the state).

Apparently, everyone else in the world felt the same way, because that guy kept after me for a week or two, trying to fill that position.

But, just once I did get suckered by a headhunter.

Back in the ’90s, I was contacted by a company called Volt-somethingorother. Volt Technical Services, I think (there’s a temp agency with a similar name still active, but maybe it shouldn’t be associated with the ’90s outfit).

That Volt was filling positions for a phone company out west. Instant red flag, because I knew the company’s CO and outside techs were on strike; I sure as hell didn’t want to be a scab, and get my truck trashed crossing picket lines. Nor suddenly be out of work again, if they signed a contract the day after I got there.

But no, Volt assured me. This job had nothing to do with the strike. The company had a massive network expansion going on, and they had a 60-90 day need for some extra network ops techs to do turn-up and provisioning, regardless of the strike. After some back and forth, I ended up taking the job.

The afternoon before I was going to load up my truck and drive across the country, I got a call from the phone company itself. My supervisor-to-be wanted let me know that the strike was over and they didn’t need me after all.

It turns out the job that Volt pitched didn’t exist. Nor did the NOC in which I was supposedly going to work exist. I was actually unknowingly going out there as an outside tech scab.

Over the years, I’ve met some other techs who’d had the same experiences with that Volt, except those guys actually arrived at their — also nonexistent — work locations. One guy got stuck in… Houston, I think, getting bounced around from one job site to another every few days. It appeared that was a standard tactic for that Volt: Lie about a nonexistent, but great sounding job to get a tech to an area; then when he’s desperate for work, bounce him around on grungy day or week work vaguely related to his resume; stuff too short term to attract techs from across the country.

So, the current Volt? If you ain’t them, you might want to change your name to avoid that company’s nasty rep.

The non Leftstream world sure noticed how the FBI is suddenly downplaying the whole “trump et al conspired to attack the Capitol and overthrow the government” line of BS.

Leftstream media? Not so much. Oh, I think they noticed but they aren’t talking about it. To extent that they mention it all for the past few days, they treat each case individually and never mention conspiracy anymore. I figure they got their marching orders from on high.

Why? I suspect it’s a couple of factors tied to a single point. I think, based the the use of CIs mentioned in court filings, that to the extent there was any significant “conspiracy,” it was an FBI conspiracy. This started causing a couple of problems.

First, administrative: I imagine that handful of CIs on the feddie payroll would have had too many scheduling conflicts for court appearances, if not enough people took plea deals.

“For the love of god; is there any 1/6 defendant he did not conspire with?”

The CIs’ hourly billing for all those appearances might break the FBI’s budget, too.

Secondly, the same fed-paid CIs showing up over and over would soon become pretty damned obvious to more than just the judges. Like juries. And the leftstream media would be stuck with explaining all those acquittals. And someone might start yelling, “Defund the FBI.” Besides me, that it.

The FBI’s usual “Hey, let’s entrap some gullible retard” routine works fine in small “terror” cases, scattered across the country. But trying it on a several hundred people in one place on one day has bitten the Feebs on the butt.