There’s a guy in a stand-off with police near here.

One outlet says he’s on the Interstate. Another says he’s on an intersecting highway. News4Jax also says the highway; but their reporting is so bad that I dropped them from my bookmarks more than a year ago.

All three agree that he’s barricaded in a vehicle. One says he’s naked (News4Jax). No photos.

News4Jax also says he deliberately crashed his car (others only say “vehicle”) into a ditch. No one else is mentioning a crash.

Lessee, FCN now says he’s at the truck stop, not the road. BN still says side of the road. News4Jax: still in the ditch.
—-

Ah, FCN has now figured out that the guy is on the highway. But while the other two says this is near a Love’s truck stop, FCN says Pilot, and they’ve dropped any mention of an alleged bomb.

News4Jax still says he’s naked. No one else does.

—-
FCN: “vehicle” again, and the stand-off continues at the truck stop
BN: suspect in custody (and note that this report is older than FCN update), and it was on the side of the road
News4Jax: in custody, it was in the ditch, and he was still naked

—
FCN: now he was naked, and in custody,cops fired two shots
BN: no change the vehicle is now an SUV, and no explosives found, and the cops had offered him underwear
News4Jax: cops fired two “gas cartridges: and tased him,

Added: I figure when all’s said and done, the truth ‘ll turn out to be that a shirtless guy pulled over, got out and told bystanders he stopped because, “Man, I’m so bombed.” In light of the diverging vehicle reports, it’s probably gonna be a motorcycle.

So long as I’m on the subject of Maricopa’s effed up election systems, let me raise another point. The vote auditors wanted the admin password for the system so that they could look at access logs, installed software, and the like. Perfectly normal, and necessary to do a proper security audit. Maricopa told them they don’t have admin passwords.

I said, “Perfectly normal, and necessary to do a proper security audit.” If Maricopa County doesn’t have admin access to its own system, how was anyone able to properly inspect and certify the machines as required by federal law?

It’s really too bad we no longer have a functional and honest criminal justice system. Because if we did, these people would already be under felony indictments based on their own statements.

The other day I noted that Maricopa County had basically admitted that its election system network was compromised. Now they’re explaining exactly how, and how badly.

County spokesman Fields Moseley told the Washington Examiner that county IT professionals made the determination that information contained in the routers “can be used as blueprints to intercept sensitive county data” across more than 50 different departments.

“The routers the Senate subpoena commanded the county produce support all of these departments, not just elections operations. This includes critical law enforcement data that, by law, cannot be disclosed, as well as Maricopa County residents’ protected health information and full social security numbers,” Moseley said.

Fifty departments. On one network. Since it’s a bit unlikely that all fifty are located in the tabulation and election center, it’s safe to say they’re part of a larger, county-wide network. A county-wide network tied to the Internet. (Doubt it? Try emailing the MCSO, for example.)

I can see how this happened. IT guys designed a secure voting system network. They sent the cost estimate to the bosses, who looked at the expense of an isolated, secure network — routers, hubs, cable runs — and said, “Just use our county network.”

I’m tempted to script a ping/traceroute probe of Maricopa’s IPs, just to see how bad their security is. But I’ll leave that to the pros.

Tear down that wall, Francis… 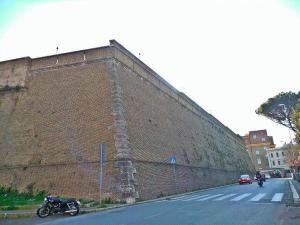 Pope Francis Calls for ‘No More Walls’ in Immigration Message
We must “make every effort to break down the walls that separate us and, in acknowledging our profound interconnection, build bridges that foster a culture of encounter,” the pope said. “Today’s migration movements offer an opportunity for us to overcome our fears and let ourselves be enriched by the diversity of each person’s gifts.”

I was checking news this morning and saw this. 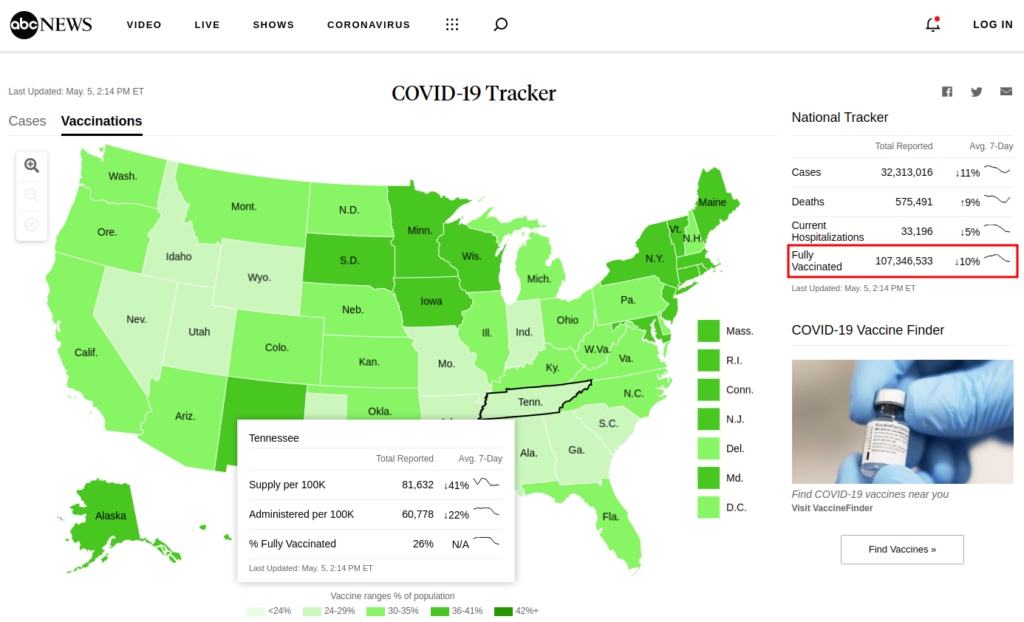 Did you notice that little down arrow beside the 10%? Or the micro chart showing the number of fully vaccinated people declining? How in fuck can the total number of people vaccinated go down?

Vaccine doses administered per day could go down, but that’s not the label on that table: “Fully Vaccinated“.

There’s no contact info for whomever is maintaining that page, so I can’t ask them, “WTF?” Thusly, I cannot determine whether they are lying, confused, drug-addled, or insane. Or some combination of two or more. It’s ABC after all.

Or something.Let’s take it one at a time.

Atlanta mayor names permanent police chief, calls for stricter gun laws in Georgia
“Until our state leaders take a look at the most lax gun laws we have in this country and the way that guns get in the hands of criminals until that happens I am so sad to say that this is likely not that last time I’ll stand here,” Bottoms said.

“The number one way criminals get guns is stealing them out of cars,” [Interim Chief Rodney] Bryant exclaimed.

“Taking a look at strengthening our background checks, the loopholes we have, and an assault weapons ban,” the mayor suggested.

By now, my regulars readers, who tend to keep themselves informed, know about the little problem with “vaccinated” people testing positive for ChinCOVID. The CDC has a fix for that. 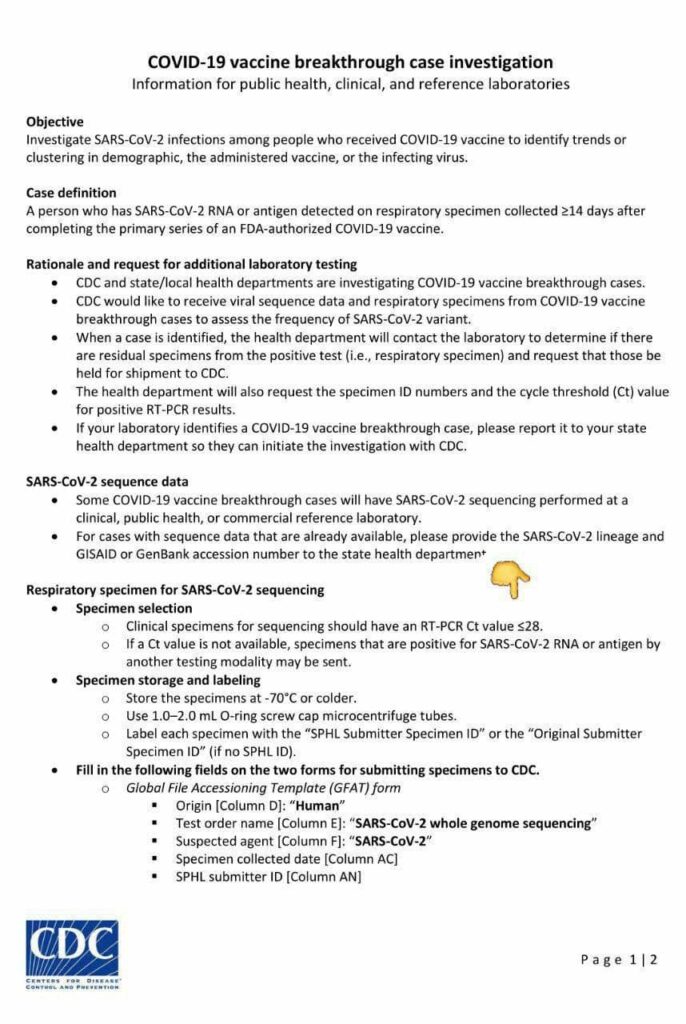 Clinical specimens for sequencing should have an RT-PCR Ct value ≤ 28.

That’s a big deal. And it’s dishonest as hell. Allow me to explain.

The Ct value is the number of times you have to amplify a sample before you finally detect viral RNA. The CDC’s standard for testing for ChinCOVID was Ct 40. That’s multiplying the sample billions of times. It isn’t just going to detect RNA, it’s going to pick up dead fragments of RNA (exactly the sort of thing your body is going to have if you got exposed to the virus but your immune system did it’s job and destroyed it without you ever getting sick). In studies, no one was ever able to culture a live virus from a sample that was positive at Ct 35+.

I had predicted that the By-Biden Harris administration would solve the ChinCOVID “crisis” by recommending a lower Ct.

Sure enough — on Inauguration Day — the WHO and CDC recommended testing to Ct 30. (20-25 would actually be more reasonable, according to many virologists.)

But “vaccinated” people keep testing “positive,” which doesn’t inspire a lot of confidence in unapproved* “vaccines.” They need a way to make it look like the shit works. So, while us unvaccinated shlubs still get tested at the far more false-positive-prone Ct 30 or more, the “vaccinated” sheeple will get tested at Ct 28 or less. Far less sensitive.

* Show of hands: How many of you noticed that these vaccines that they’re oh-so-positive are very safe and effective…

…still are not approved? Not a single one of them.

This is the largest experimental drug trial in human history. And aside from West Virginia (offering a hundred bucks to young people) and New Jersey (free beer), no one is being compensated for their participation. Hell, people are being charged for the”vaccines.”

“The NY Attorney General doesn’t have to kill the NRA, it’s more like an assisted suicide now.”
— NRA in Danger

It seems that Maricopa County still has not fully complied with the Senate subpoena. They are refusing to turn over the routers and hubs used to network the election machines; ballot marking devices, tabulators, check in stations, supervisory pads, and such. And the reason is very interesting incriminating.

“We had previously believed that the risk would be eliminated by redacting the law enforcement data on the routers and not producing it. But we were informed that redaction did not eliminate the risk,” Deputy County Attorney Joseph LaRue wrote in a letter to Senate Audit Liaison Ken Bennett. “We also learned that if criminal elements or others gained access to this data, it might compromise county and federal law enforcement efforts and put the lives of law enforcement personnel at risk.”

Those routers supposedly only network the election gear, and never, ever connect to the Internet (which is one of the things the auditors want to check). I can think of no valid reason there would be anything in the logs that would related to “numerous law enforcement agencies. No one was supposed to be connecting to the network exception elections officials. No device was supposed to be connected to the network except official election devices.

Deputy County Attorney Joseph LaRue just told the Senate that unauthorized people/agencies were connected. And he wants to hide who and why.

WATCH: Dr. Fauci says we’re ‘at least halfway through’ or in ‘the bottom of the sixth inning’ in the fight against COVID
“You and I are Major League Baseball fans”, replied Blitzer. “What inning are we in, as far as this COVID pandemic is concerned?” A typical baseball game lasts for nine innings, but if the score is tied, extra innings are added.

“We’re at least halfway through”, Dr. Fauci responded, “so we’re in the late innings.” “It’s not over”, he continued. “That’s the thing we’ve really gotta get people to appreciate. We’re going in the right direction; we’re seeing the light at the end of the tunnel, but now’s not a time to declare victory, it’s a time to get more and more people vaccinated.” 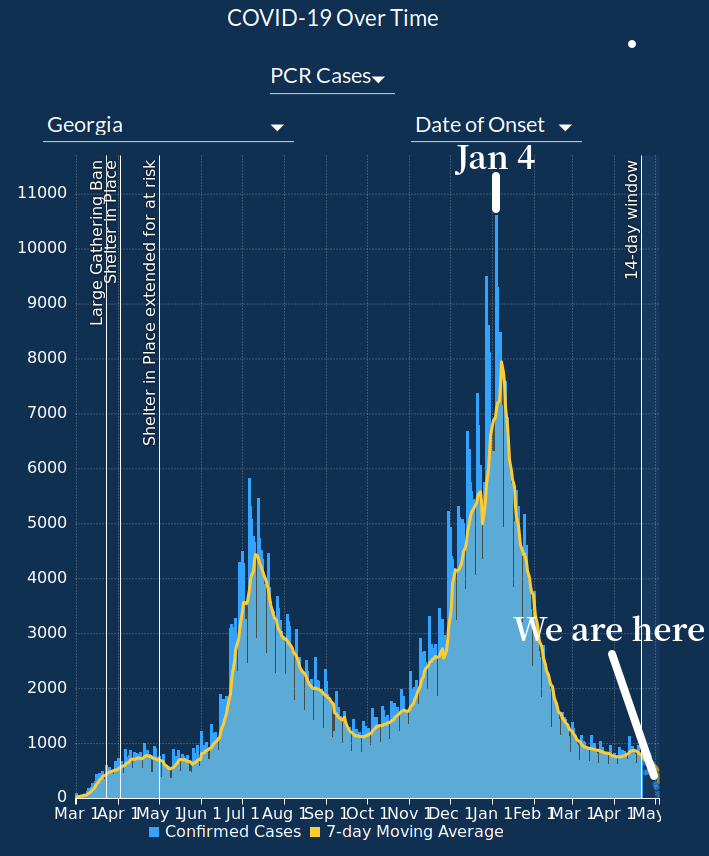