My TZP post on the evil Lego Ghost Capitol kithad already pegged the sarcasm meter, so I didn’t even get into the so-called step by step “instructions on how to create a “hometown militia”.”

Let’s look at those “instructions.” 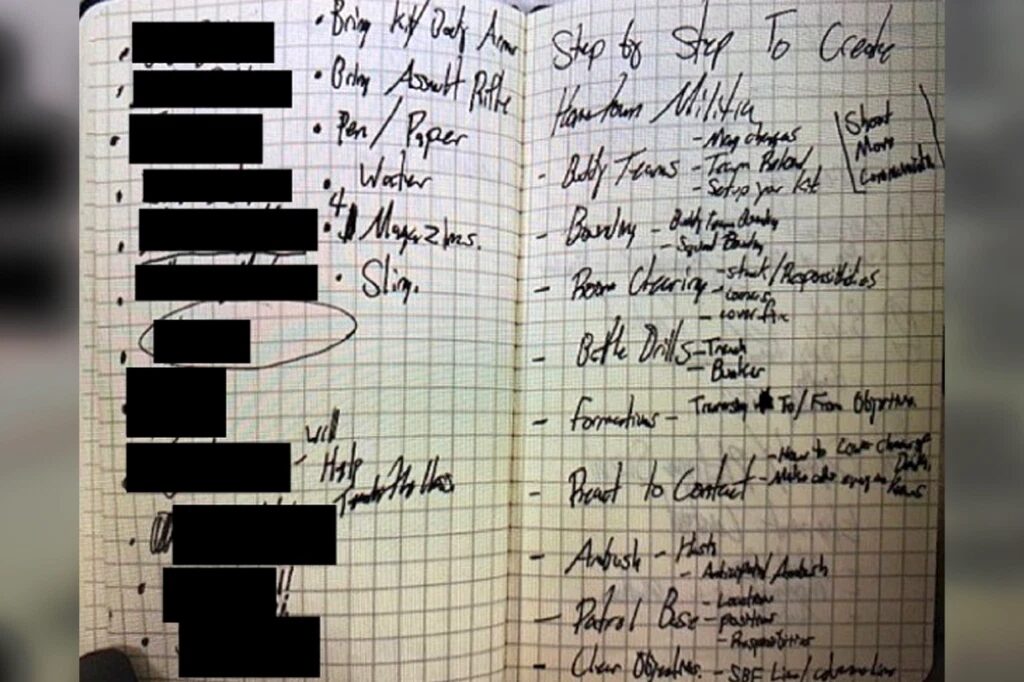 I’ll stop there, before my eyes give out trying to decipher handwriting that’s actually worse than my own. But if that is what the FBI considers detailed instructions on how to create a tactical team, it goes far to explain their own field incompetence.

Maybe the FBI could adopt this as an HRT training aid.

The FBI is on the job.

The rain bands of Tropical Storm Elsa have started hitting, and the lights are flickering. If I’m offline for a while, that’s why.

Guess What’s Coming?
Still clinging to “it’ll be ok and it won’t get me” or “the shots very, very rarely produce problems; they’re very safe” eh? Go argue with the insurance company actuaries; they have the data on every person who has one of their policies, they have run the data, and they say you and the REEEEEEEing Karens with your claims of “rare” events are all 100% full of crap; the side effects are not rare, they are in fact extremely serious, common and expensive.

Some folks don’t seem to get just how dangerous it is when Pantifa starts tossing fireworks (specifically mortar shells) at people. Perhaps this will get the point across

Columbus Blue Jackets goaltender Matiss Kivlenieks dead at 24 after Fourth of July accident
ESPN originally reported that Kivlenieks died as a result of “falling and hitting his head on concrete” in Novi, Michigan, however the Associated Press later revealed that “an autopsy has determined that [he] died of chest trauma from an errant fireworks mortar blast.”

“There appears to have been a fireworks malfunction,” said Lt. Jason Meier of the Novi Police Department, “which caused a group of people to flee from the hot tub, including the deceased.” According to the Associated Press, police said “the mortar-style firework tilted slightly and started to fire toward people nearby.”

Should someone deliberately throw one at me, I will consider it deadly force, and respond appropriately

I think the folks across the boulevard won the contest.

In the run-up to Independence Day, I saw various reports claiming a national fireworks shortage (with China chipping in to blame pandemic shipping problems).

I saw no indication of a shortage around here. Fireworks started about a week ago (normal), and peaked naturally enough last night. My sister said it didn’t stop until well after midnight.

If there was a shortage, part of the national prob must have been that my area locals depleted the nation’s supply.

Some neighbors dropped by to see if we minded if a lot of fireworks got set off. As if. We like fireworks.

Then she mentioned that three families had agreed to an informal competition tonight. This should be good; one of them always buys the good stuff. In large quantities.

And now I’m just waiting for it to get darker.

Another upside to this is that with all the smoke in the air, mosquitos usually seem to be suppressed for a few days after the Fourth. Nice area. 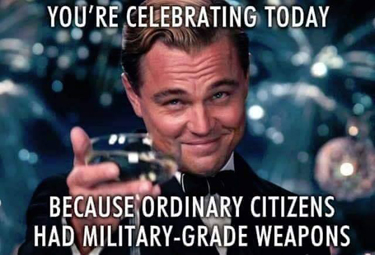 Search launched for exotic cat that appeared in Georgia woman’s bedroom
Officials in Georgia are searching for a serval, an exotic wild cat native to Africa, after a woman claimed it appeared in her house and jumped onto her bed while she was sleeping.

Just wandering around Buckhead? Seems more likely to me that it’s a Savannah. Early generations can look a lot like a serval.

The Municipal Court of St. Marys happens to be a room inside City Hall. For all the time I’ve lived in the area, City Hall has been unrestricted access; that’s where I go to pay the water bill, and being armed (I have a Georgia Weapons Carry License) has never been a problem. But in a City Council meeting on June 21, 2021, our glorious leaders suddenly decided that firearms would be banned there.

In Georgia, firearms are generally banned from courthouses. The City Attorney, Steven G. Blackerby informs me that:

The prohibition against the possession of firearms at Municipal Court proceedings and City Council meetings does not arise not from any restriction enacted by City Council; rather, it is a prohibition that is explicitly imposed by state law, namely OCGA § 16-11-173. That statute contains several relevant provisions. First, it generally prohibits (and makes it a crime) for any nonlicense holder to possess a weapon or long gun in a “government building” (which City Hall is). Second, it prohibits any person (with or without a license) from possessing a weapon or long gun in a “courthouse.” Municipal Court is held in City Hall, and the building therefore constitutes a “court house.”

“Courthouse” means a building occupied by judicial courts and containing rooms in which judicial proceedings are held.”

They are taking the position that the entire City Hall is a courthouse because the Municipal Court room is in the building. My personal take would that the the entire building would have to be “occupied by judicial courts and containing rooms in which judicial proceedings are held,” like the county courthouse.

occupy
3 a: to take or hold possession or control of
enemy troops occupied the ridge
b: to fill or perform the functions of (an office or position)

The Municipal Court does not possess the entire City Hall building. The entire building does not perform the functions of a judicial court. I would — and do — argue that the Municipal Court offices are the courthouse, and they can ban firearms there. Alternatively — and very generously — the entire building could be treated as courthouse only when court is in session; but that’s stretching things.

Never before June 21 has the city claimed the entire building is a “courthouse.” This is brand new.

The judicial power is vested in such tribunals as are created by the Constitution of this state, such other inferior courts as are or may be established by law, and such persons as are or may be specially invested with powers of a judicial nature.

It seems that the City Manager et al are worried about irate, armed citizens in City Council meetings. That makes me wonder just what they’re are planning that causes them to fear being shot by citizens.

Another local has filed an Open Records Request with the city for all documents and ordinances on which they made this decision. I’m looking forward to the response.