The rag is upset that Supreme Court Justices pray with assorted religious leaders. While they might have a point about the close association with the head of a group who has filed an amicus brief in a current case. But they seem to believe the Justices are doing something more than communicatiing with god; that they’rre taking orders from on high.

Prayer is a powerful communication tool in the evangelical tradition: The speaker assumes the mantle of the divine, and to disagree with an offered prayer is akin to sin.

They attribute that description to a Rev. Schenck, whom the describe as… well, a pro-abortion evangelical, with someodd ideas about the GOP, evangelicals, and Nazis. Probably not the best source for how most Christians view prayer, which is speaking to god, and listening for replies, guidance, aid.

The whole “mantle of the devine” nonsense sounds like they’ve confused prayer with the Roman Catholic doctrine of “papal infallibility,” and that only applies when the pope is specifically speaking ex cathedra. Maybe they latched onto that because a couple of the Justices are Catholic.

Perhaps they’d have a point if the Justices wee meeting with the pope, and he delivered an ex cathedra address.

Some folks are misinterpreting police statements, and claiming the weapon used in the attack was a Kel-Tec SUB2000.

The Kel-Tec SUB2000; is a pistol caliber carbine chambered in either 9mm or .40 S&W; both pistol cartridges. The SUB2000 was never an “assault weapon” even under the federal 1994-2004 ban; production of the SUB2000 began during the federal ban.

It is in no way an AR-pattern rifle, using a blowback action, rather the the AR- direct gas-impingement rotating bolt system.

In the linked video “C. Covelli” is speaking a list, not saying the weapon used was the Kel-Tec. During the press conference, he very specific states that the parade weapon was left behind at the shooting scene, while he had the Kel-Tec in Madison, Wisconsin afterwards.

This information is consistent with reported ISP claims that the weapon used was a Smith & Wesson M&P15, purchased in February 2020 nearly two and a half years before the parade shooting. So much for waiting periods.

I wish it had not been an AR-pattern weapon. But we need to strive for accuracy, even if our victim-disarming opponents won’t.

They should have talked to a few convicted burglars.

I have talked to convicts, and heard their conversations among themselves.

Burglars mostly fear two things: dogs and residents with guns. And the fear the dogs more, because they figure an armed homeowner might not shoot them if they retreat; but that protective dog is probably going to keep going and chase them down.

And damned straight levels of trust matter. A couple of years ago, we had prowlers sneaking around the rear of house in the neighborhood. Well before the cops arrived, we had at least a dozen folks out on foot and in vehicles searching for this guys to encourage them to leave.

Yes, some of us were armed.

The prowlers vanished, and have never come back.

Someone blew up the “new world order” monument in Georgia.

The messages, known as the “guiding principles,” advocate for population reproduction control, environmentalism and internationalism.

As you might imagine, I’m no fan of anything that starts with “Maintain humanity under 500,000,000 in perpetual balance with nature,” which means wiping out 95% of the existing world population.

Still, I didn’t have anything to do with this incident.

I do hope the perp was careful about evidence.

Especially when it comes to Florida legislation. Remember how they lied — and continue to lie — about Florida’s Parental Rights in Education bill? “Oh, it’s don’t say gay.” It was no such thing, which anyone who bothered to read it knew.

They’ve discovered another education-related bill to lie about.

Howard Dean: DeSantis ‘Is a Fascist’ — ‘Much Scarier’ than Trump
“I think Trump’s calculation is mixed one his illness, narcissism, acute narcissism, and it is mixed with the political congratulations that he’s not very good at. There are a lot of younger people in that party that are much scarier. DeSantis, for one, who requires, just today announced he would require all students in Florida’s colleges to declare their political their views. I mean, this guy is a fascist.

As best I can tell, he’s talking about CS/CS/HB 233, which some strange reason is making the rounds now.

DeSantis signed it more than a year ago, so “just today” is one lie. Another lie is declare their political their views.”

It’s not a formal declaration, specifically attributable to individual students.

I expect the Left’s real problem with the law is that it requires state colleges and universities to allow free speech, and provides penalties for violating student’s free speech rights, including being sued personally. Horrifically, it requires the institutions to use presumed innocence and — dear Bog! — due process in disciplinary proceedings when some student gets accused of wrongthink.

I’m reasonably certain that protecting differing opinions, and preventing state actors from imposing one single social/political view on the student body is not fascist.

fascism
a political philosophy, movement, or regime (such as that of the Fascisti) that exalts nation and often race above the individual and that stands for a centralized autocratic government headed by a dictatorial leader, severe economic and social regimentation, and forcible suppression of opposition

Three lies in two sentences, Dean. For a Dim, you aren’t even really trying.

And way too obvious. 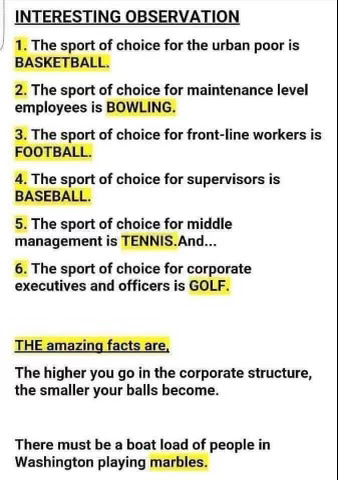 No, I’m certain they all lost their marbles.

Exactly the question I had when I heard about this claim. But there’s more.

A Story Too Good to Check?
This story has since been repeated all over the place (e.g., “‘A tragic situation’: Governor discusses pregnant 10-year-old with CNN host”), but having read through the original story twice with an editor’s eye, my question is: Where’s the comment from police?

You’d think a scumbag getting busted for raping and impregnating a ten year-old child would be in the news. I can’t find anything about such a case.

Cites, or it didn’t happen.

And this, from the CNN report he cites:

Hours after the Supreme Court action, the Buckeye state had outlawed any abortion after six weeks. Now this doctor had a 10-year-old patient in the office who was six weeks and three days pregnant.

First, Ohio law does not ban abortion after “six weeks.” The ban is after a fetal heartbeat is present. So the law is mischaracterized to begin.

Then there’s the strange coincidence that just hours after the Court ruled, this doc had a patient exactly(?) “six weeks and three days” along. So the poor concerned doc couldn’t do a damned thing about the pregnant 10yo.

It is an affirmative defense to a charge under this section that compliance with the requirements of this section was not possible because an immediate threat of serious risk to the life or physical health of the pregnant woman from the continuation of her pregnancy created an emergency necessitating the immediate performance or inducement of an abortion.

Pregnancy in a ten year old is pretty by definition life threatening. I just listened to a retired RN rant about the dangers.

This does not add up. A case of an extremely rare pregnancy that can’t be documented just happened to occur immediately after the Court ruled, and doctor couldn’t do anything about it even though the law has an exception that says she can, and it shockingly and heart-tuggingly happened to a little ten year-old girl.

My sister thinks this is a bogus story being hyped to create a citeable urban legend, for the pro-abortion types to wave in people’s faces. I do, too.

Dem Rep. Schneider on July 4 Shooting: ‘Congress Needs to Take Action’ on Guns
Representative Brad Schneider (D-IL) said Monday on CNN’s “Newsroom” said “Congress needs to take action” on gun legislation in light of the shooting at the Highland Park’s Independence Day parade.
[…]
He added, “Like so many other communities around the nation who are suffering from gun violence, we need help, and Congress needs to take action, whether it’s universal backgrounds, things that 90% of the country supports, universal background checks, making trafficking of guns across state lines illegal.

Apparently he failed to notice that trafficking has been a federal crime for decades, and that he just increased the penalties for it.

You passed the bill; you can see what’s in it now, Schneider.