A few days ago, I noted some ambiguous language in the CDC’s notice that the Emergency Use Authorization for the ChinCOVID PCR test was going to be withdrawn. It could be interpreted as meaning that the test was nonspecific for SARS-CoV-2 and influenza.

However, it could be something as simple as wanting to replace a one-condition test with a new two-condition test for either or ChinCOVID and flu. That turns out to be the case.

According to Kaiser Health the reason for the change in PCR testing to “differentiate” between ChinCOVID and influenza is not because the test went positive for either.

“The CDC is pulling their test ‘off the market’ as a gesture to encourage labs to use tests that include reagents (primers and probes) for both SARS-CoV-2 and Influenza so providers, labs, states, and CDC will have better data this fall and winter to estimate how much of clinical influenza-like illness is due to SARS-CoV-2 and how much is due to seasonal influenza,” Polage said in an email.

Basically, my first guess was correct. In the past flu season, so few flu tests were ordered that they really have no idea how many flu cases there were. Since symptoms overlap so much, it was more lucrative for hospitals to just call everything COVID-19, and get the CMS bonus. Nationally, flu testing was almost nonexistent. In a rare flash of competence, someone at the CDC decided to encourage combination tests so someone could still track next flu season.

CDC Director Rochelle Walensky Says We Just Need Two Weeks to Stop the Delta Variant SARS-CoV-3*
Perhaps CDC Director Rochelle Walensky has no sense of irony. We recently passed the 500th day to slow the spread, which, as we all know, started with 15 days to slow the spread in March of 2020. Now, Walensky is saying that if we all put on a face diaper and get the jab, we can defeat the Delta Variant SARS-CoV-3* in a few weeks:

Chipman should definitely be a toilet scrubber. 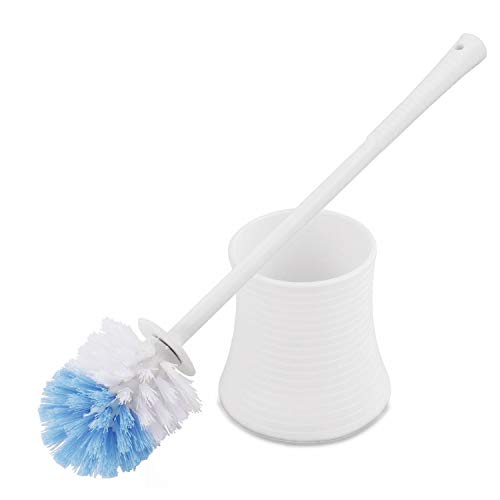 The data, which the Florida health department says it sends to the CDC, says the state recorded 21,683 new cases on July 30, the most since the start of the pandemic. Previously, the highest single-day number the state reported was 19,816 on Jan. 6.

I’m screencapping that for posterity.

In fact, if you check the very link to CDC data in that story, you find rather different information. 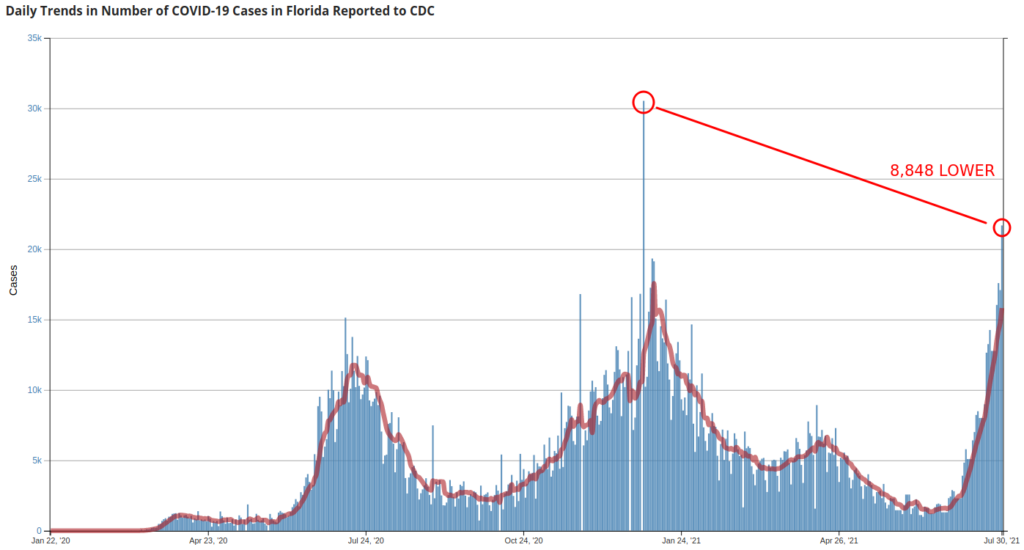 So Florida’s AP-alleged record-breaker actually missed the record by 8,848 cases. According the story’s own linked data.

I recall too many decades ago, as a kid, thinking that AP was a decent source of news. I’m not exactly sure just when I realized they were somewhat less than accurate. But in the early ’80s I had a direct AP teleytpe feed — yep, “news right off the wire” — and I had a lot of “Huh?” and “Wait; what?” moments while reading that yellow paper. In the early ’90s, I again had a direct feed, and we posted AP stories on the bulletin board for laughs, because they were so obviously wrong so often.

Finally, I reached the point where AP was a specifically distrusted source. Its “news” was — like this one — lies, utter bullshit.

First Coast News should reconsider paying AP for shit that simply emabasses them.

Added 2: As I continue checking the news this morning, I’m seeing this same fake Florida claim all across the leftstream media. And in many of the stories the language is so similar that it’s almost as if they paraphrased or plagiarized some one original, misinformed source.

Or are following a prepared propaganda script.