He also recounted how he acquired two backup weapons: a Mossberg 500 shotgun that he purchased in early December and a Savage Axis XP semiautomatic rifle that he received from his father as a Christmas present when he was 16 years old 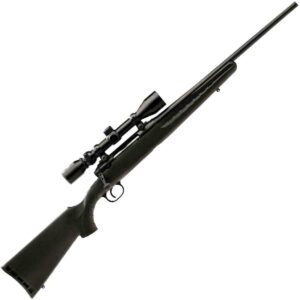 It must be the “Detachable box magazine” that turned the bolt-gun into a semi-auto.