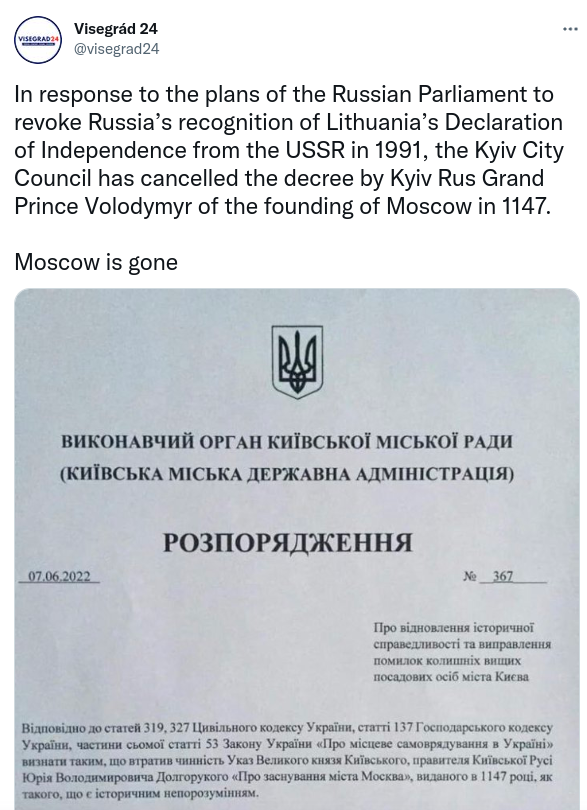 In response to the plans of the Russian Parliament to revoke Russia’s recognition of Lithuania’s Declaration of Independence from the USSR in 1991, the Kyiv City Council has cancelled the decree by Kyiv Rus Grand Prince Volodymyr of the founding of Moscow in 1147.