Saw this GIF over that Knuckledraggin’.

That’s pretty good. But not as good as this one.

Cool video of a goat.

The laws of physics don’t apply to goats… pic.twitter.com/5ea5mMLXQh

That reminded me of something from many, many years ago, in Turkey.

I was in the Air Farce, stationed on a Turkish mountaintop. One day a few of us were riding up to the site, and we had a new kid with us, just reporting in. As we drove higher into the mountains, the kid noticed cows on the mountainsides. He wondered how the heck they stood up straight on those steep hills.

I wish I could take credit for this, but another joker told him, “They’re mountain cows.”

Joker: “Special breed of cow. They have a genetic mutation that makes the legs shorter on one side so they can stand up straight.”

Kid: “Really? I never heard of them.”

Naturally we all chimed in to assure him it was so. With straight faces. Which got a little tougher with the next part.

Joker: “Yeah, and they come in two varieties; clockwise and counterclockwise, depending on which set of legs are shorter. So the two kinds can never interbreed since they go in opposite directions.”

I nearly lost it at “clockwise and counterclockwise.”

Worst part in that the gullible kid bought it. I think it was a couple of months before he realized we were… pulling his leg.

Ace of Spades posted this as a joke.

The Sierra Club and the U.S. Forest Service were presenting an alternative to the Wyoming ranchers for controlling the coyote population. It seems that after years of the ranchers using the tried-and-true method of shooting or trapping the predators, the Sierra Club had a “more humane” solution to this issue. What they were proposing was for the animals to be captured alive. The males would then be castrated and let loose again.

This was ACTUALLY proposed by the Sierra Club and by the U.S. Forest Service .

All of the ranchers thought about this amazing idea for a couple of minutes.

Finally an old fellow wearing a big cowboy hat in the back of the conference room stood up, tipped his hat back and said:

“Son, I don’t think you understand our problem here… these coyotes ain’t fuckin’ our sheep… they’re eatin’ them!“

The meeting never really got back to order.

I spent enough time in Wyoming that I can easily believe this once actually happened. The story has circulated for years, sometimes as “real,” sometimes “humor,” and sometimes both.

The comments in Questions and Reviews are great. I figure the listing is going to get pulled, assuming Amazon doesn’t just delete all the negative reviews. 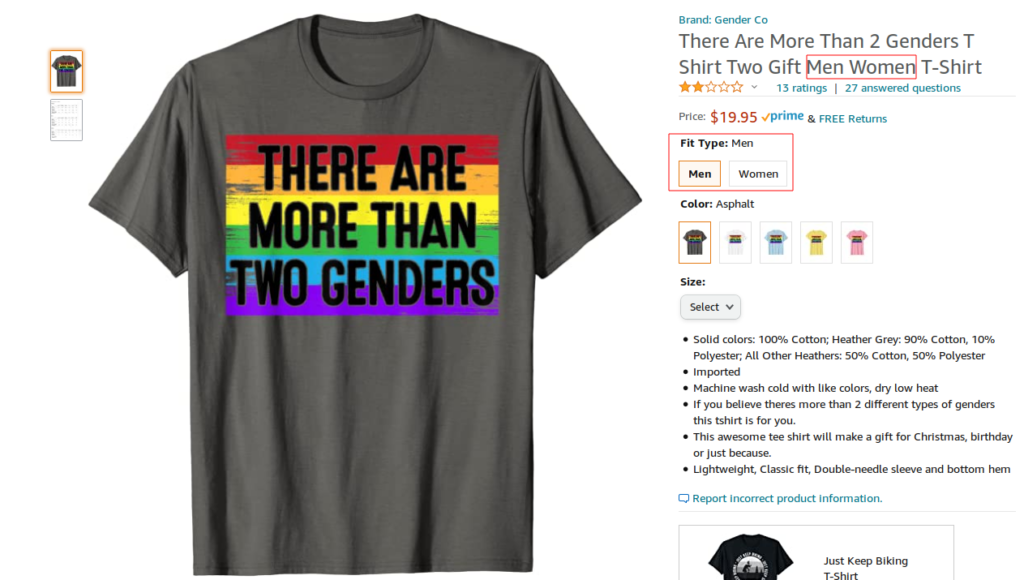