I make it a point to avoid anti-“gun violence” rallies and gangbanger funerals. Add softball games meant to promote peace between gangs to the list.

Two people were killed and six were wounded in a California shooting reported during a weekly softball game that for years has served to promote peace between Los Angeles-area gangs, according to authorities and reports.

I may owe a Georgia man, noted for… eccentric behavior with firearms, an apology. Even he never did anything that stupid.

The GDC conducted five full-facility shakedowns last week as part of efforts to eliminate “dangerous” contraband from Georgia’s prisons, the department said in a press release on Friday.

I used to find minor stuff all the time, during my late night walk throughs. The lieutenant didn’t even want me to call it in, unless I found weapons or other serious crap. I do seem to remember another CO catching an inmate with a whole ham. And they were always trying to bring in yeast rolls and fruit.

According to the GDC, 647 weapons, 210 cell phones and 241 cell phone chargers were confiscated.

As Dims cheer on rioters (the leftist type, anyway), scream to defund the police, try to ban our personal defense weapons, and otherwise disarm us…

New House security program to provide members $10K to safeguard their homes
The House Sergeant at Arms is creating a residential security program that will provide thousands of dollars to congressional lawmakers to help safeguard their homes.
[…]
The initiative will pay for up to $10,000 worth of security system equipment and installation costs at House lawmakers’ personal residences. Eligible equipment includes motion sensors, video recorders, indoor and outdoor cameras and door locks.

How ’bout another constitutional amendment?

No member of the House or Senate, nor the President may be provided any security at government expense that is not available to the general public.

Someone noticed that the feds are reddefining words again. “Recession” this time, but…

“SOVIET LEVELS OF PROPAGANDA”
Who cares what traditional definitions are when you’re a statist thug grabbing more power? This may be new to The Georgia Star News, but it’s business as usual for gun owners.
[Read more]

Rap is not something I normally listen to, nor would a I normally share a rap video. But there’s a reason.

My sister sent me a link to this video, and asked me what I noticed about the guns.

The guns… not much. The title seems to suggest they’re all props, but what I can get a decent look at appear realistic. Maybe “props” means they’re deactivated.

But I definitely noticed something related to the guns. See if you spot it, and tell me how many times you’ve seen it in other rap videos (it’s a first for me; but again I rarely see ’em).

Liz Cheney is not popular with The Gateway Pundit. 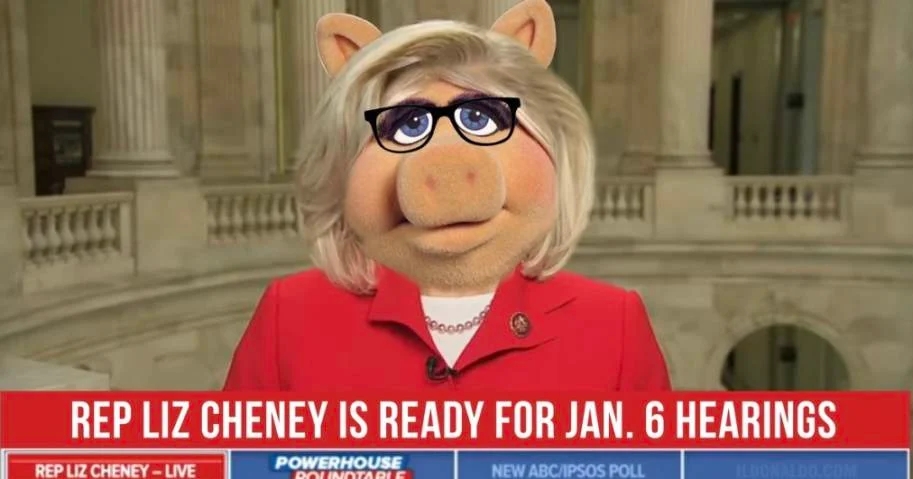 Aesop, while talking about Russia’s use of old artilllery in Ukraine, pontificates upong the American use of… vintage equipment.

I Sh*t Thee Not, my first issued helmet – in the Fleet -was a WWII steel pot with VN-era camo leaf pattern cover, my flak vest was a Korean War-era turtle-plate hand-me-down, and I carried an M-16A1. In 1984. Yes, really.

And yes, the steel pot. I wasn’t actually issued a flack jacket for Desert Shield/Storm, but what I had in Turkey, mid-80s, was this. 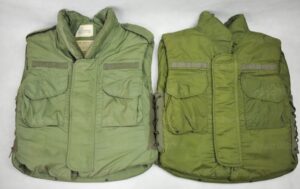 Vietnam era M69; so Aesop has me beat on that one.

You know, when Supreme Court justices knew what their job is, and tried to do it, even if they didn’t much like it?

Neither do I. Not directly; but I know it happened sometimes, from studying history.

Associate Justice Elena Kagan doesn’t even know that much.

I’m not talking about any particular decision or even any particular series of decisions, but if over time the court loses all connection with the public and with public sentiment, that’s a dangerous thing for a democracy.

The only way the Supreme Court should be considering “public sentiment” is through the laws the public enacts through their elected representatives, and weighing them against the limitations imposed by the Constitution. Supreme Court justices are appointed with the approval of the Senate, rather than being elected so that they do not have to kowtow to public opinion.

America is supposed to be a constitutional republic, not a direct democracy where anything can be done with a majority vote.

If we were still a constitutional republic, that one statement would be grounds for Kagan’s removal from the bench.

…that the ATF already does that.

NYC Mayor Adams floats nationwide guns database before anti-gun summit of mayors at Gracie Mansion
The mayors who are meeting on Wednesday are members of Mayors Against Illegal Guns. Adams said one of their goals is to use a “centralized database to show where guns are coming from, who are the manufacturers.”

Creating such a database could serve as a tool in lawsuits against manufacturers from victims of gun violence and their families.

Huh. I’m surprised a former long-time cop doesn’t know that the ATF already does that.

But hey; if he wants to waste his time and New Yorkers’ tax dollars duplicating the effort, let him go for it.