WELL DONE, “KEM”
A few years ago, some joker was making slam-fire shotguns to turn in at gun “buybacks.” He used the proceeds to pay for shooting classes for newbies. Obviously, I liked that. I think they finally banned him from their buybacks.

July this year, a genius printed up a batch of 62 plastic “ghost guns,” for as much as $150 a pop; although reports varied on exactly how much he cleared, it sounds like he netted at least a couple of grand.

That was impressive; but, folks, we have a new winner.
[Read more]

Achievement Unlocked!
If this be extremism, make the most of it!

Earlier this week, I commented on the peculiar columns of one Terrence Cummings, victim-disarmer extraordinaire. In doing so, I finally achieved a long dreamed of status.

I have, at long last, been tagged as an “extremist.” It only took the better part of three decades to get there. I need a badge, or something.
[Read more]

Electric airplane prototype takes first flight in Washington
The plane, built by startup Eviation, was built to carry nine passengers and up two pilots. It took off from Moses Lake, Washington, at 7:10 a.m. Tuesday, and landed eight minutes later.

Eight minutes. i suppose that’s slightly better than the Wright Flyer‘s first few flights. But for something that’s been in development for seven years, I’d expect better.

The aircraft’s “TARGET SPECIFICATIONS” include a planned, eventual range of 250 nautical miles. At best, a short range puddle jumper.

Max payload of 2,500 pounds. Divided over the alleged 9 passengers, and you’ve got 277 pounds apiece. Considering modern American’s girth, some of them may be able to bring a purse.

Hoped for max speed would be 260 knots. We’ll see.

Maybe. Probably not, unless someone invents a radical new electrical energy storage system. I’ve yet to see the battery with sufficient energy density to make passenger aircraft theoretically practical (excluding some LTA concepts).

Authorities Warn That Hurricane Could Cause Florida To Have As Many Water And Power Shortages As California
“We’re preparing the way we always do,” said local Florida man Buggs Crullers. “By stocking up on enough beer, cigarettes, and lotto tickets to last us a couple of weeks! If it gets as bad as a normal day in Cali, we’ll be ready!”

I miss being in Florida by one Interstate exit. I am in Ian’s projected path. And I saw this shortly after returning from the convenience store.

Where I’d gone to actually pick up a lottery ticket for me and my sister.

That’s just normal ’round here. My sister always laughs when she sees something about city folk having maybe three days worth of food before they begin starving. SO what was left to pick up? You can’t exactly stockpile weekly lottery tickets.

Well, you could. But the expire right quick, and wouldn’t even make acceptable toilet paper. (Yeah, got that, too.)

Yes, a “urinalist” actually cited a PBS interview and Parade column as a SCOTUS decision.

The Supreme Court of the Public Broadcasting System?
Beg pardon? Where is that in the “annals of SCOTUS?” That’s from a 1991 PBS interview, years after Burger retired, and it reinforced a peculiar post-retirement 1990 Parade Magazine puff piece. If he believed that position had a constitutional basis, why didn’t he use his position as Chief Justice to espouse it, instead of waiting until retirement to write an opinion column not subject to Associate Justice ridicule and judicial dissent?
[Read more]

I shouldn’t have. But at the risk of triggering PTSD in other veterans, here ’tis

That was mostly an unpleasant flashback to a decade largely spent overseas, when the only available “entertainment” radio was AFRTS (A-Farts, of course).*

AFRTS — musically — mostly played the current pop chart, on endless repeat. There was also a disco program that pretty much everyone turned off. And a country program that tried. Then you got well-sanitized top-of-the-hour news. Everything else was sports, like it or not.

Until I got sick of it, and started doing my own programming (WMAL FM 107.9 The Voice Of Malatya!)**, it was AFRTS or nothing.

For the record, I recognized all but one of the “top twenty.” There’s one I even like. A couple more that were “Meh, OK.” The rest… it’s best that they were one hit wonders.

* Apparently they finally changed the name to “American Forces Network,” after decades of hating being called A-Farts.

** And that’s another story. Specifically the time the base commander at Diyarbakır AB took offense to my classic rock show… Although getting a phone-in request from Hawaii was amusing.

My first thought was pretty cringe-inducing.

No meat eaters? How ’bout if we just promise to not eat go down on you?

That’s facetious of course. Generally the women proposing thse “sex strikes” are just using it as the latest excuse for not getting laid…

.. because no one wants them anyway. 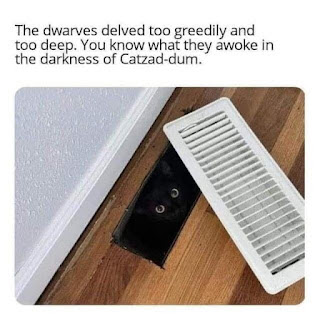 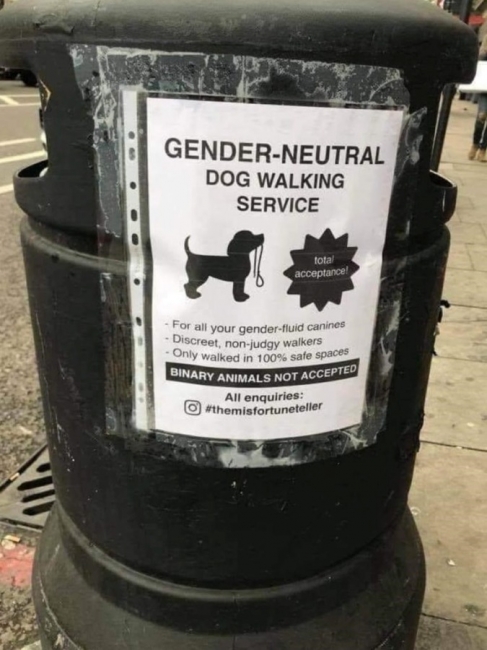 Have these folks considered what could potentially happen when they deprive people of even the option of legal channels to resolve grievances?

Clinton-Appointed Judge Maxine Chesney Accused of Trying To Silence The Movement To Expose CPS
According to Andrea Wood, Maxine Chesney wrongfully labeled Wood a “vexatious litigant” without a trial or a hearing, claiming that Wood filed a frivolous lawsuit against Contra Costa County in California after the CPS agency there seized Wood’s children. Wood has appealed Chesney’s ruling, and said that Chesney is trying to silence her.

I don’t know the specifics of Wood’s case. Maybe she is “vexatious” (and sorry folks, but a video of indeterminate length is not the best source; gimme court filings). But hers would not be the first — or second, or third, or fourth… …or 100th — case I’ve heard of in which a biased judge used “procedural issues” to kill inconvenient cases.

Consider the 2020 classic: “The election hasn’t happened, so you haven’t been injured yet; no standing for you!” Followed by (from the same judge) “The election is over; dismissed for mootness!”

See, that way no one even has to look at evidence.