He’s been formally charged, and the probable cause affidavit has been released. His lawyers must be scrambling for a plea deal.

Remember his repeated claims that he never pulled the trigger? Turns out there’s video (something I suspected would be the case).

BREAKING NEWS: Alec Baldwin is formally charged with involuntary manslaughter for Rust shooting: Prosecutors say videos show him with his finger on trigger before he killed Halyna Hutchins
Among the papers filed Tuesday is a 10-page probable cause affidavit which claims Baldwin gave ‘inconsistent accounts’ about how the shooting happened, at first telling police he ‘fired’ the gun, then insisting he did not pull the trigger.

The affidavit also claims there is surveillance footage of Baldwin on the day in question, in the immediate lead up to the accident, with his hand on the trigger.

They also say he did not undergo proper gun safety training, and that he was talking to his family on his cell phone when he was meant to have been learning how to handle the weapon.

‘Photo and video evidence from inside the church on the day of the shooting show some of the rehearsal up to and including moments before the shooting.

‘The photos and videos clearly show Baldwin multiple times with his finger inside of the trigger guard and on the trigger, while manipulating the hammer and while drawing, pointing and holstering the revolver.’

Skipped safety training, changed his story, video and photos of his finger on the trigger, forensic report that says the handgun was functioning correctly.

I always figured he was stupidly holding the trigger down when he cocked the hammer, and it naturally fell when he let it go.

The countdown has started. If you have a braced pistol, you have 120 days to decide how to proceed.
[Read more]

It begins by defining a new class of evil firearms; the assault pistol.
[Read more] 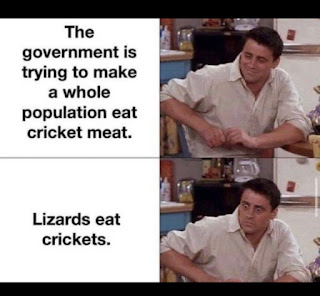 A zoo in China tried to celebrate the transition from the Year of the Tiger to the new Year of the Rabbit, by putting a tiger next to a rabbit.

It went about the way any sane person of normal intelligence would expect: predator, meet tasty meat.

Think it, post it; automatically. What could possibly go wrong?

The highly experimental chip is designed for paralyzed or mute patients people with paralysis who cannot use their limbs to communicate via a computer.

But it could also allow healthy people to use social media with the power of their mind alone.

This fad for brain implant computer interfacing baffles me. You’ve got to wonder if people, who feel the need to rush out and replace their smart phones with the latest model, really want to keep getting brain surgery to upgrade to the latest and greatest.

Then there’s spam going straight to the brain.

Rachel Gross, 41, of Coon Rapids, never knows what to expect when she leaves her house, but she always carries a broom, water bottle and golf club as a precaution after the large bird perched on her roof fell on top of her in 2021.

Without going into the long litany of incidents, I will mention the time a SGHS nurse tried to draw blood from a patient and had to stick her TWENTY times to get a vein.

OK, and the time the ER lost a patient was pretty good.

More than 7,600 fake nursing diplomas issued in Florida in alleged wire fraud scheme
According to charging documents, many of those involved in the alleged scheme are from out-of-state, including people from New York and New Jersey. The nurses with the fake degrees went on to work in various settings, including for homebound children, assisted living facilities and veteran affairs, and in several states, documents show, including Ohio, New York, New Jersey, Massachusetts, Georgia, Maryland and Texas.

And if they’ll work cheap enough, I doubt SGHS would even care.

I can remember when we called dangerously cold weather in January “winter.”

Dangerously cold weather forecast across central, northern US
Temperatures will be 20 to 40 degrees below average, with highs only reaching into the single digits with lows in the negative teens.

And take a look at their rain forecast map, and tell me if you notice anything odd.

Colorado Baker Who Refused to Make ‘Gender Transition’ Cake Loses Appeal
“We conclude that creating a pink cake with blue frosting is not inherently expressive and any message or symbolism it provides to an observer would not be attributed to the baker,” the ruling said.

If it isn’t “expressive speech” by the baker, then why was it so damned important to make the baker do it?