You may have heard about True the Vote’s Catherine Engelbrecht and Gregg Phillips being tossed in jail for contempt of court, for failing to disclose names of those who supposedly “hacked” Konnech’s systems.

Konnech is an outfit that runs election coordination systems. It appears they were caught sending all the data to China. Konnech sued Engelbrecht and Phillips. The judge ordered the disclosure… for Konnech.

The Fifth Circuit had already ordered their release. Now a Fifth Circuit panel has completely vacated the contempt charges. But why they did it…

Such a demand makes perfect sense when made by a plaintiff in discovery. But the record does not reveal what sort of emergency justified the district court’s demand for that information before the parties could file Rule 12 motions, before the defendants could file an answer, before the parties could file their initial disclosures, or before discovery could begin let alone conclude in the ordinary course. See Def. Council, Inc., 555 U.S. 7, 24 (2008) (“A preliminary injunction is an extraordinary remedy never awarded as of right.”). Much less did the district court explain what sort of emergency could warrant jailing the petitioner-defendants for not making such immediate disclosures. Rather, the district court made clear that it was imposing its disclosure requirements because it —the district court— wanted to add defendants to the lawsuit. That is not how the Federal Rules of Civil Procedure work.

The 5th panel found that the judge did this. Before discovery started. All on his (so far as court filings show). The judge — supposedly an unbiased referee — litigated on behalf of Konnech. Breaking nearly every applicable Circuit rule.

Methinks someone needs to take a very close look at the judge’s personal finances. There must be some reason the judge decided to act as Konnech’s agent in this matter.

I got suspended by Twitter more than two years ago. To date, I’m still suspended. My crime?

Short form: I said Kyle Rittenhouse acted in self defense. I backed that up with state law. Eventually the case went to trial, and the judge and jury agreed with me. But I’m still suspended.

Should Twitter offer a general amnesty to suspended accounts, provided that they have not broken the law or engaged in egregious spam?

Amnesty: “A pardon extended by the government to a group or class of people, usually for a political offense; the act of a sovereign power officially forgiving certain classes of people who are subject to trial but have not yet been convicted.”

If offered Twitter amnesty, I will not accept. I spoke truth. I have done nothing to forgive.

I’M THAT UNCLE
Every family has “that one uncle.” You know the one: they guy who stupidly thinks the Constitution means what it says, and if it needs reinterpretation/changing, there’s an amendment process for that. The guy who stubbornly insists on arguing on the basis of objective fact.

Yeah, in my family everyone knows that’s me. Even though I think I show incredible restraint at Thanksgiving. For example, the time they say me next to the guy claiming to “work with” the ATF — -eyeroll- — who had to “correct” me on facts about the Boston Bombing… by contradicting evidence the feds presented at trial.

You won’t have to deal with me, but I’m sure you have your own uncle. Not to fear, though; the White House graciously provided some talking points you can use to keep us in line.
[Read more]

I swear I instantly thought of this guy. 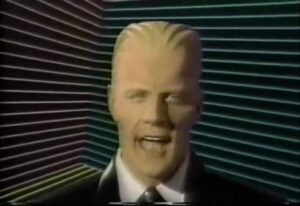 Is it just me?

Even before Georgia finally went constitutional carry, and eliminated the requirement for a license.

Oh, and nationally, CPRC put the number of license holders at 22.01 MILLION, including the twenty-four constitutional carry states.

I’ve heard of idiot bank robbers writing their notes on some stupid stuff: envelops with their name/address, their own deposit slip for the very same bank, or other item that pretty clearly identifies them. But this is a new one.

Your Evening Break: Stupid Criminal Tricks
You see, in a world where Loyd could have written his demand on a Post-It note, a deposit slip, an old envelope, a McDonald’s receipt, a piece of printer paper, or a scrap off the ground, he chose his birth certificate.

On the other hand, he was smart enough to take the birth certificate/note with him, instead of leaving it behind with the teller. Right up until…

So he chucked that, along with another form of ID and the stolen cash when he realized the long arm of the law had arrived on the scene. I guess he had those because the teller always asks for two forms of ID when you are robbing a bank.

Toss it before the cops show up, genius.

For those who noticed I’ve got two posts in rapid succession, yes; my arm is feeling better. It still hurts, but not so much that I caan only manage a post every few days.

I’ve noticed a certain lack of ‘he’s a rabid, anti-gay Trump supporter” reporting regarding the shooter in this so-called “hate crime.” So I’ve been expecting this.

Despite the randomness of many “mass shootings, the fact is that most shootings in general involve people who have some connection: friends, family, drug turf rivals, whatever.

Another unreported detail is just what weapon he used. If the lamestream media isn’t screaming ‘AR-15!’ or ‘assault weapon!’ in the first day, it wasn’t.

Vasquez also noted that at least two firearms were recovered at the scene, but only confirmed that the suspect used a rifle in the shooting.

And that is the most detailed description I’ve seen to date. Up to now, it was only a long gun, which could mean shotgun, too.

Early media coverage, including a Telegram post by the Far Eastern Gazette, described the incident as a suicide. “[Boyko] came to work and put a bullet in his temple,” the initial post read.

A similar post from BAZA — an outlet with ties to law enforcement — questioned the suicide scenario, noting that witnesses heard five shots coming from Boyko’s office.

“The duty officer, who heard the shooting, ran to the place and saw Boyko’s body — the colonel was dead,” BAZA recounted. “The man did not leave a suicide note. At the place of his death, criminalists found five cartridge cases and four Makarov pistols.

“Local media report that it was suicide, but then it turns out that the colonel shot himself in the chest five times.”

My first thought when I heard about this one was, “Did he piss off his superiors, or his subordinates?”

But then U saw he was an “enlistment officer” overseeing the war draft; so I figure it was probably irate recent draftees. I’ve heard about multiple attacks of drafter centers. And one case of draftees shooting… I think it was 15 people, at a military range.

I figure they’re calling this “suicide” in a desperaate attempt to downplay just how unpopular that draft is.

The organization suggested it was “an important and necessary step to creating an inclusive and equitable space where every racialized girl in Canada feels like they belong and are welcomed in Guiding.”

Oh, dear. Apparently “brownie” refers to brown people of color or something. And Bog forbid we associate people of color with helpfulness. “Brownie” could possibly derive from the Scottis Gaelic brùnaidh.

And what heck does “racialized girl” mean? Is that a Canuck term for “people of color” now? Does it mean that if you aren’t aa POC, you aren’t any race?

“Search & Book on FlyFrontier.com the day before flight departure. Your pass will be valid for one year beginning May 2, 2023. For each flight, you’ll pay $0.01 in airfare plus applicable taxes, fees, and charges at the time of booking. When you book, you can also purchase options like bags, seats, and other ancillary products for each flight to customize your travel.”

Seats. And that says bags aren’t included either; not just checked bags.

You might also want to check the availability of in-flight O2.

Interestingly, while you can buy your pass now, it isn’t valid/usable until May 23 next year; more than six months from now. I’m guessing Frontier has some serious cash flow problems and needs a quick revenue infusion. I wonder if they’ll still be operating 5/23/2023.