A few days ago, The Zelman Partisans opined upon SCOTUS changing the Question of the plaintiffs, and noted that Associate Justice Gorsuch… Well:

Although it could go 6/3. Gorsuch is such an insufferable hair-splitter that he may go along with the majority, too. On the other hand, he might object to the reframed question itself. Hard to say.

On Thursday, SCOTUS ruled 6-3 in an opinion in favor of the plaintiff in Niz-Chavez v. Garland. This was a case in which an illegal immigrant was fighting deportation. He challenged the fact that he was sent two notices to appear, not one.

Held: A notice to appear sufficient to trigger the IIRIRA’s stop-time rule is a single document containing all the information about an individ- ual’s removal hearing specified in §1229(a)(1). Pp. 4–12. (a) Section 1229b(d)(1) states that the stop-time rule is triggered by serving “a notice,” and §1229(a)(1) explains that “written notice” is “referred to as a ‘notice to appear.’ ” Congress’s decision to use the indefinite article “a” suggests it envisioned “a” single notice provided at a discrete time rather than a series of notices that collectively provide the required information. While the indefinite article “a” can sometimes be read to permit multiple installments (such as “a manuscript” delivered over months), that is not true for words like “notice” that can refer to either a countable object (“a notice”) or a noncountable abstraction (“sufficient notice”). The inclusion of an indefinite article suggests Congress used “notice” in its countable sense.

Added: I’d better clarify my reasoning for folks who don’t read the opinion.

The issue was whether two two notices, with different parts of the information constituted a legal notice. Gorsuch should have concentrated on the legal definition of “notice,” and concluded that Notice, Part 1 and Notice, Part 2 did not meet the definition. And he should have stopped there.

Instead, he mentioned that almost in passing, and focused on the definition and quantification of “a.”  That is what sets the precedent for the clusterfuck I described above.

The Fumbling Bumbling Incompetents have trouble classifying terrorism as terrorism:

He was a leftist activist. He targeted a Republican gathering. He had a list of Republican targets. So of course it was “suicide by cop.”

Because what he did doesn’t fit the Fibbers’ preferred political narrative that all domestic terrorists are conservativess.

Bullshit. It’s even less likely now that you’d admit it… or you would have already reclassified the event. 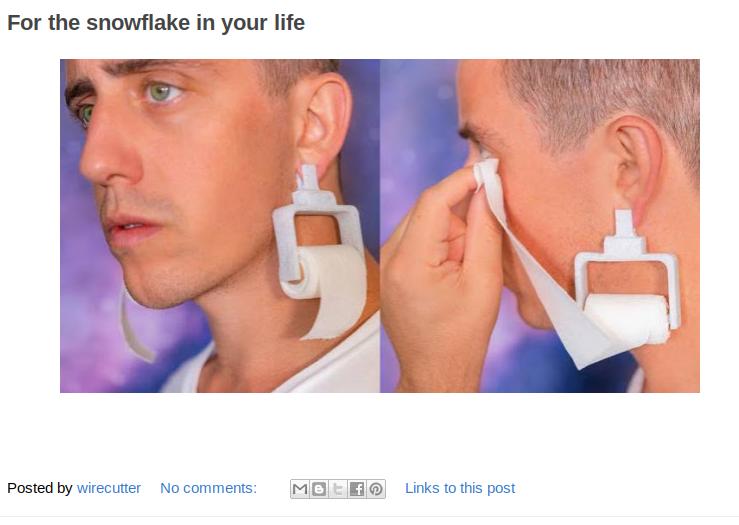 In case you’ve forgotten about this, here’s some background. The short version is that three white guys in two vehicles pursued Ahmaud Arbery, ayoung black man (on foot), trapped him, and shot him to death.

There version of events is that they suspected him of burglary (of a house under construction) and wanted to “talk” to him, and Arbery “violently attacked” Travis McMichael, who was armed with a shotgun and had left the vehicle to engage Arbery on foot.

Recently, I’ve been seeing reports that suggest the McMichaels and their companion are vindicated, that Arbery was the “Jogger” who commonly used jooging as a cover for burglary and shoplifting. The idea appears to be that this proved Arbery was up to no good on the fatal day, and the McMichaels were justified in making a “citizen’s arrest” (as allowed in certain circumstances in Georgia at the time).

The source for these recent claims appears to be a defense court filing, TRAVIS AND GREG MCMICHAEL’S NOTICE OF INTENT TO INTRODUCE EVIDENCE PURSUANT TO O.C.G.A. § 24-4-404(b) AND UNIFORM SUPERIOR COURT RULE 31.1. This document briefly describes 13 “incidents of alleged criminal behavior by Arbery in the past, supposedly showing that the McMichaels had probable cause to believe Arbery was committing a criminal act. It is a request to the court that they be allowed to present Arbery’s history.

The Notice breaks the 13 incidents down into two sections. The first ten list several incidents where Arbery was investigated but not arrested, once when he was trespassed, and a couple of arrests (with convictions). It would be a damning document, for the prosecution…

…if Arbery were on trial for something like attempted burglary. He isn’t. The McMichaels are going on trial for murder. These ten incidents do not help the McMichaels unless they can show that they even knew about them the day they killed Arbery. The Notice does not make that claim. Given that the incidents — mostly comparatively minor even if accurately portrayed — happened in various other counties, and as early as 2013. I think unlikely that the McMichaels knew of most when Arbery was shot.

The final three incidents I consider to be damning to their defense. They describe three cases of Arbery being observed on surveillance video: entering the house under construction, canvassing the interior property and valuables contained Within.”

This opens up a nasty can of worms for them. It does not establish the pattern of criminal activity they apparently hope. Remember, they claim they thought Arbery was burglarizing the house.

The three video clips (I’ve seen two, and can confirm those) show Arbery entering the open structure, looking around, and departing, taking nothing. Prosecution will no doubt observe that this only establishes a pattern of noncriminal activity on Arbery’s part; the McMichaels were aware that Arbery never took anything. The prosecution will probably raise two more points: 1) that surveillance video shows many different people entering and leaving without taking anything (So why did you not pursue those white people, Mr. McMichaels ? Didn’t they do the same thing as Ahmaud?(this is what the feds are basing their hate crime charges on; singling out the black guy)), and 2) that house owner has told the press that nothing was ever stolen.

Possibly the McMichaels truly suspected that Arbery intended to commit a crime. Maybe Arbery was planning something despite months of not doing it. But that does not allow for a “citizen’s arrest” as the law, § 17-4-60, was written then.

A private person may arrest an offender if the offense is committed in his presence or within his immediate knowledge.

“In his presence.” “Immediate knowledge.” Knowledge, not suspicion. While police have more leeway with “reasonable suspicion,” civilians do not.

Hypothetically, if the McMichaels had observed Arbery enter the structure empty-handed, and then exit with a circular saw, I’d lean towards saying both “in their presence” and “immediate knowledge.” But they did not see that.

Elsewhere, people have tried making the claim that the “crime” the McMichaels observed was “trespassing.” That generally comes from people who never read § 16-7-21. Entering land or open structures, without damaging anything, is only trespass if:

(2) Enters upon the land or premises of another person or into any part of any vehicle, railroad car, aircraft, or watercraft of another person after receiving, prior to such entry, notice from the owner, rightful occupant, or, upon proper identification, an authorized representative of the owner or rightful occupant that such entry is forbidden; or

Until someone with the proper authority told Arbery to stay off the property, sightseeing as he appeared to be doing isn’t trespass. You don’t get to assume (1) “unlawful purpose” unless you see proof. A hypothetical example would be observing someone pulling a circular saw out of a job box, and stash it somewhere where he could do a quick grab&go later under cover of darkness. The McMichaels have not claimed to have seen such a thing.

So they could not perform a “citizen’s arrest for trespass.

The Notice of Intent indicates that Arbery was no angel (which I’ve never claimed), but it does not support the defense, and in fact undercuts it.

Of course humans are merely “infrastructure,” to be maintained so we can work for them.

infrastructure noun
in·​fra·​struc·​ture | \ ˈin-frə-ˌstrək-chər
Definition of infrastructure
1 : the system of public works of a country, state, or region also : the resources (such as personnel, buildings, or equipment) required for an activity

Commies see people as their property. That’s the “from each” part of the mantra.

It seems a Brunswick High School student got stabbed. Original reporting said he was airlifted to Jacksonville, Florida; but that’s been corrected to say he was transported to Savannah, Georgia. Either way, I thought that was wise.

You see, some might think it odd that the stabbee was airlifted to another city, because Brunswick is home to the main campus of the Southeast Georgia Health System. Yes, a big hospital. But…

A woman was bitten by a rattlesnake and taken to the the Brunswick SGHS hospital. Rather than give her antivenom, they decided she was allergic and let her die. They claimed that they were following guidance from Georgia Poison Control. Except their guidance is actually the snake venom will kill her, the antivenom might. Administer antivenom and deal with any allergic reaction once she isn’t going to die.

The SGHS Camden hospital lost an ER patient. I don’t mean he died; I mean they misplaced him. This was especially fun since he was a jail inmate on whom a special eye should have been kept. (I think he was crawling around in the ceiling, but no one was interested in that theory despite the bumps and thumps up there.)

The reason I was at the ER that day could be another story, but suffice to say that my father died. After being transported to the Brunswick hospital.

So, yes, SGHS has this little reputation around here. That’s why they airlifted him out of the city; and why SGHS should be a little embarrassed.

BREAKING EXCLUSIVE: New Judge in Election Case in Arizona, Judge Martin, Was Picked by Judge and Wife of Maricopa County Supervisor, Bill Gates!
We received information on how Judge Martin was picked for the election court case in Arizona after Judge Coury recused himself on Sunday. Judge Martin, you may recall, was appointed by former Governor Janet Napolitano.

Our reporter made a couple of phone calls to determine who chose Napolitana-appointed Judge Martin to handle this election case in Arizona.

Let me explain this in simple terms. If this report is accurate, it appears that a Dim-appointed judge was assigned to the Maricopa audit case by a Presiding Judge married to what is, for practical purposes, one of the plaintiffs. And she attempted to hide the fact that she did the assignment by having a different judge announce the assignment, giving the impression that he had made the assignment.

No conflict of interest there, eh?

I mentioned NJ Gov. Murphy’s plan to ban .50 caliber firearms a while back, but he actually has several bills he’s pushing. Let’s touch upon S 112, Requires newly manufactured handguns to be micro-stamped; establishes handgun database.

Murphy also touted technology allowing manufacturers to etch tiny characters in handguns that note the make, model and serial number. When a bullet is fired, that information should imprint onto the bullet’s cartridge case.

Proponents say it’s akin to adding license plates to ammunition, which could make it easier for law enforcement to match crime scene evidence with specific guns.

You know… Let’s roll with that. New Jersey has a growing problem with fatal automobile accidents; accidents and fatalies keep going up. Almost as high as gun homicides. And this suggests that hot & run accidents are fairly common.

So microstamp cars, which could make it easier for law enforcement to match crime scene evidence with specific guns cars. Build the front and rear bumpers from tool steel, and laser etch them with make, model, and VIN of the vehicle. When they hit someone or something, the impact will stamp identifying data on the victim, leading police straight to the registered crime gun… er, vehicle.

(Note for the terminally clueless: Sarcasm.)

“If they can get you asking the wrong questions, they don’t have to worry about answers.”
― Thomas Pynchon, Gravity’s Rainbow

It’s even better when you’re an unaccountable tyrant in a black dress, and can force the “right” questions.