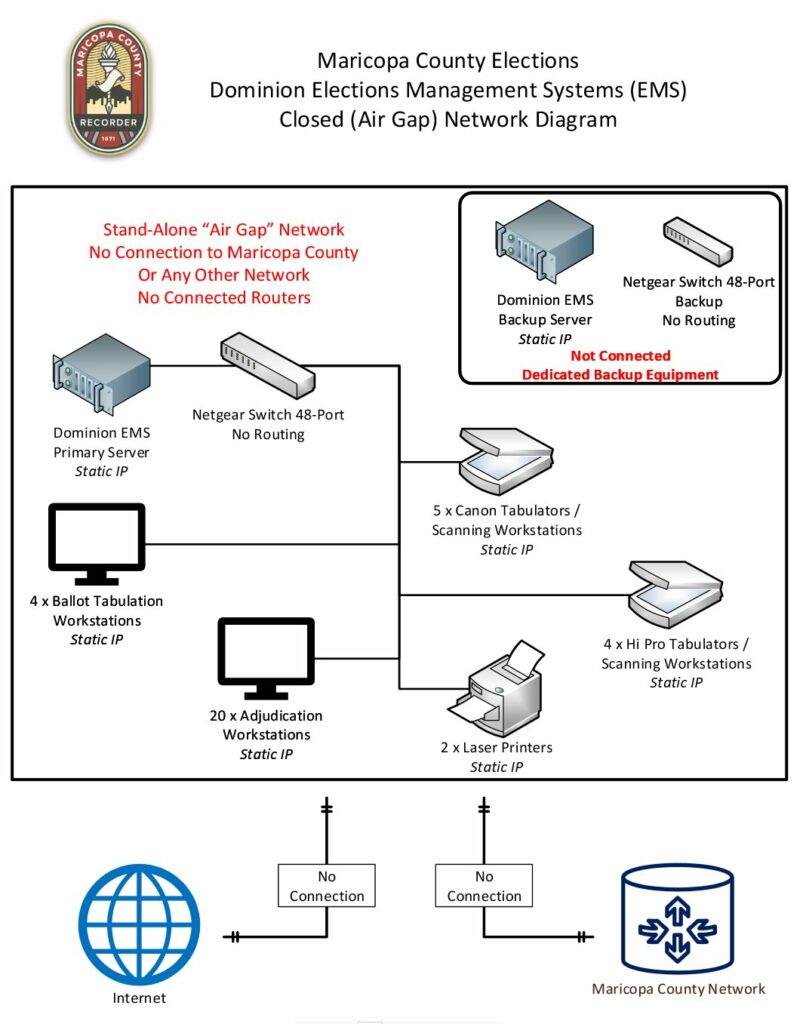 Yet, somehow, up to now they claimed they did have routers, and that they’re connected to the county network.

“We had previously believed that the risk would be eliminated by redacting the law enforcement data on the routers and not producing it. But we were informed that redaction did not eliminate the risk,” Deputy County Attorney Joseph LaRue wrote in a letter to Senate Audit Liaison Ken Bennett.

And Maricopa County Sheriff Penzone confirmed that the — now suddenly nonexistent — elections routers (you did notice their use of the plural, right?) were at the very least connected to his system.

“The integrity of classified data, private information and law enforcement specific material would immediately be vulnerable and exposed, regardless of the steps promised by a private vendor who states otherwise.”

I’m thinking that, if there were no routers, Maricopa should have mentioned that to the auditors… instead of offering the router logs in lieu of the physical — now suddenly nonexistent — routers. If they had no routers, where in the hell were those logs going to come from?

I fear that it may not be much longer before Arizonans start decorating lampposts.

Added: It’s probably also worth noting that access to the Netgear switch would be useful. Switches direct packets across a network in a fashion similar to routing, but use device MAC addresses instead of IP addresses. If the auditos=rs could see the switch, they should be able to see what devices connected to the election network, and communicated with what other devices. They might even see that Maricopa is…. mistaken about what was connected.

Added 2: It appears that Netgear only sells 48 port switches (which Maricopa’s diagram shows) with some level of management. So they can’t eh, shouldn’t claim that switch won’t have logs.