Alec “Six-Gun” Baldwin still thinks he won’t be charged for shooting two people, killing one of them. 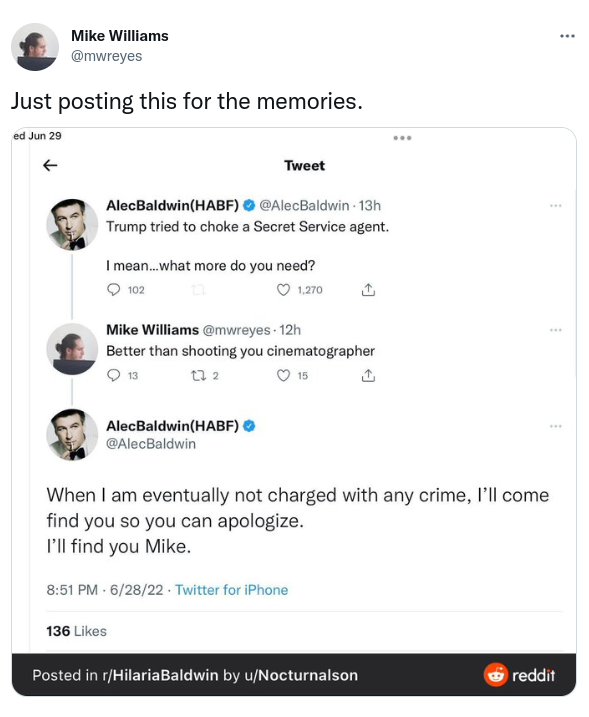 Perhaps he’s correct. However, considering that what he has admitted to doing was clearly involuntary manslaughter under New Mexico law (and assault for the director’s wounding), it is quite possible he’ll effectively be found “not guilty due to liberal celebrity.”

If we ever hear the results of a proper investigation, others could face charges, and Baldwin’s charges could be up- or down-graded depending on circumstances. But — again — by his own admission he’s guilty of involuntary manslaughter.

You broke every safe firearm handling rule there is, Baldwin, and killed a woman. Perhaps others share some blame, but you cocked and pointed a loaded gun at her, and now she’s dead.