Ever go to an opthalmologist and get your eyes dilated? The blurred vision and load Cyclopentolate into a fogger. It could be an aerosol can for small groups, or something like mosquito-fogger truck for BLM/Antifa. Give ’em fair warning, and start spraying. 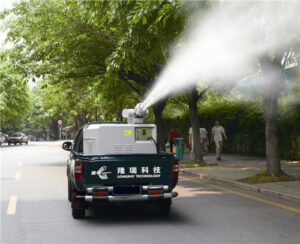 Then give it a few minutes, and hit the lights. 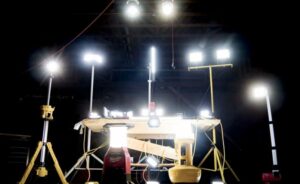 That’s should give rioters pause. And it should be nonlethal in itself. The LD50 is around 4000 mg/kg in rats and 960 mg/kg in mice, so even a small adult would have to ingest or inhale 1.5 to 4 ounces — if I did the math right — before they’re at risk; not bloody likely in an aerosol application.

Arrested rioters’ reaction to the camera flash for mugshots is just a happy bonus.

The Zelman Partisans have a page, MACHINEGUNS USED IN CRIMES, POST-NFA, in which we track just that, along with unconfirmed reports and lawful uses. I like to have that handy when some media idiot starts spouting off about all the “assault rifles” used by criminals.

I just confirmed one more; the South Carolina school bus hijacking by the deserting soldier-in-training. Since the sheriff had been quoted as saying the rifle was “his Army-issued rifle,” that seemed fairly definite. But I hoped to nail it down a little better. I emailed the Army and the Sheriff’s office. And I just got confirmation; it was an M4 carbine.

But the part that surprised me was that Sheriff Leon Lott of the RCSD personally replied. I expected an answer, if any, to come from a PIO or deputy. I appreciate Sheriff Leon taking the time to do it himself.

Remember back when I wondered how Maricopa County’s election system could be certified IAW federal law when they didn’t even have admin access?

HUGE: Citizens Group in Arizona Drops a MOAB – Sues State for 2018, 2019, and 2020 Elections That Were Not In Compliance with Arizona Law
Now a group after reviewing Arizona law, claims that the 2018, 2019, and 2020 elections related to this law were out of compliance with state law. Their rationale is because the firms that reviewed their voting machine equipment were not certified by the EAS as Arizona law mandates.

So… uncertified companies doing security audits without admin access. What could go wrong?

I’ve already discussed the insanity of tying all those Maricopa County systems together, and how — if the sheriff is correct about what would be exposed simply by looking at routers — the election system is already compromised. But look a little closer at Penzone’s statement:

We are talking about confidential, sensitive and highly-classified law enforcement data and equipment that will be permanently compromised.

2. He believed someone else’s lie.

3. The data is on the routers.

#3 is scary. Routers log connections, packet counts, connection attempts, firewall data. But they don’t normally log packet content, the actual data. So the data the sheriff says would be exposed shouldn’t be there.

But… If they’ve configured the routers for packet sniffing and logging, then yes; it would. But remember, this is a county wide network.

…anything sent over the county wide network.

I imagine blackhats around the world are probing the hell out of maricopa.gov by now, hoping to get in and steal — or hold for ransom — all the great data the sheriff claims is there, sitting on routers, all nicely collected for them. Instead of getting into the network, then probing a bunch of separate servers, they just need to attack a router.

Of course, they’ll mostly just be disappointed if the sheriff was lying or misled. But they’ll want to check.

All because Sheriff Penzone told them the data is there.

Maricopa Sheriff Penzone issued a statement regarding the election system routers the county is refusing to turn over to auditors.

“The integrity of classified data, private information and law enforcement specific material would immediately be vulnerable and exposed, regardless of the steps promised by a private vendor who states otherwise.”

The integrity of all that was already compromised when the county stupidly and insanely used the general county network for the election system.

I have a bit of experience with computer networks that need to be secured against general access. Rule 1: Don’t tie systems together unnecessarily (like Worldcom did in the ’90s*).

Interestingly, Penzone claims turning over the routers could reveal “individual passwords.” What would those passwords be?

Obviously, they could include router administrator passwords; but how many people needed admin access to routers? If everyone in the MCSO had that, then — again — his network is already compromised.

Perhaps these are WiFi routers using WPA2 security, and the passwords are for individual users. But the election system isn’t supposed to have general WiFi access. Compromised.

Sheriff, your whole county was compromised when some idiot — who probably thought he was saving money — used the existing county network for the election system instead of springing for a secure and isolated election network. Blame him, not the Senate and the auditors.

* Worldcom decided to put all their DCS, muxes, SONET, etc., across the country, on one big WAN. In itself, not a prob. The NOC needed access to the systems. But they did two things very, very wrong:

1. They kept all the default admin passwords from the factory. Poor security. No security.

2. They left in place old legacy dialup modems that were tied into the local networks of individual POPs. And those dialups were not password protected.

Anyone, anywhere in the world could dial in to those modems and run rampant through nationwide network of the largest long distance provider in the country (at the time). A prankster could do anything he wished using default passwords, and much of the older systems that were hooked in used no passwwords. A malicious person could have killed the Internet (Worldcom did it at least once), and shut down US long distance phone service (mostly through cascading SS7 failures; I saw that happen, too, with another company. Way to go, Sparky.).

I’ve gone over the alleged — but not published — Notice of Proposed Rule-Making. While this version clearly shows lineage with the earlier leaked draft, some of the more psychotic elements are gone, but replaced with vague, arbitrary arrogations of Congressional authority. It’s almost as if they read my remarks on their draft.

The ATF gives the docket number for this as “ATF 2021R-05.” When this finally appears on Regulations.gov, I intend to file the following comment.

The ATF takes note of the fact that existing law, as written and passed by Congress, does not define “firearm” to include many types of implements including AR-pattern arms with separate upper and lower “receivers,” (split-frame) semiautomatic handguns with separate slides and “frames,” or striker-fired implements. The Notice of Proposed Rule-Making pretends that these are recent innovations that Congress could not have envisioned, and thus the ATF must broaden the language of the law to catch up. I have multiple objections to this. END_OF_DOCUMENT_TOKEN_TO_BE_REPLACED

Had you heard about all the “excess” deaths during the plandemic, due to people not having access to nonChinCOVID medial care, or being too frightened/paranoid to access what was there? The CDC is about to call those “COVID-specific.”

CDC to examine report putting US COVID deaths at more than 900,000
The head of the Centers for Disease Control and Prevention said Friday that the agency will look “carefully” at a new report that claims the true number of COVID-19 deaths in the US is more than 36 percent higher than the official total.
[…]
“We’ve known that the toll of this pandemic is not necessarily just those who’ve passed from COVID-19 specifically, but excess deaths relating to access to care, not presenting to care, and many other things,” CDC Director Dr. Rochelle Walensky told reporters Friday. “So, we will look at this carefully, and then we will work within the CDC to make decisions as to whether to count them as excess or to count them as COVID-specific.”

I have a better idea. Those people didn’t die of ChinCOVID. They didn’t die of a pandemic. What killed them was deliberate government-induced panic and deliberate — and insane — government policies and actions. Manslaughter at best, murder at worst. We need a new ICD-10 code: Z60.10 Death due to government.

You could break it down further:

Yep, the CDC discovered what every other virologist on the planet has known about air transmission of virus (not just SARS-CoV-2): it spreads as aerosols. Go figure.

For those with short memories, he’s referencing this.

The Department of Justice “issued a notice of proposed rulemaking” on Friday afternoon — but of course, when few will notice. This is the one TZP recently warned was coming.

Except.. not really. It has not been published in the Federal Register/Regulations.gov as of 5/7/2021, 5:00PM ET. A search on neither “firearm” nor “Docket No. ATF 2021R-05” returns any docket. Therefore, despite the DOJ’s claim, commenting online is not possible yet.

You may download a copy of what the ATF purports to be the NPRM from their website. I have done so, and will analyze it to see where and how it differs from the leaked draft I previously picked apart. But this is my normal quitting time for the day, so I’m not sure quickly I’ll make headway