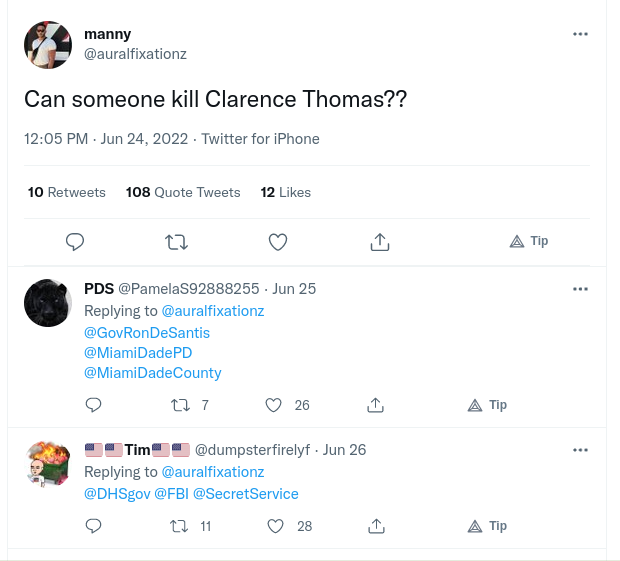 Can someone kill Clarence Thomas?? 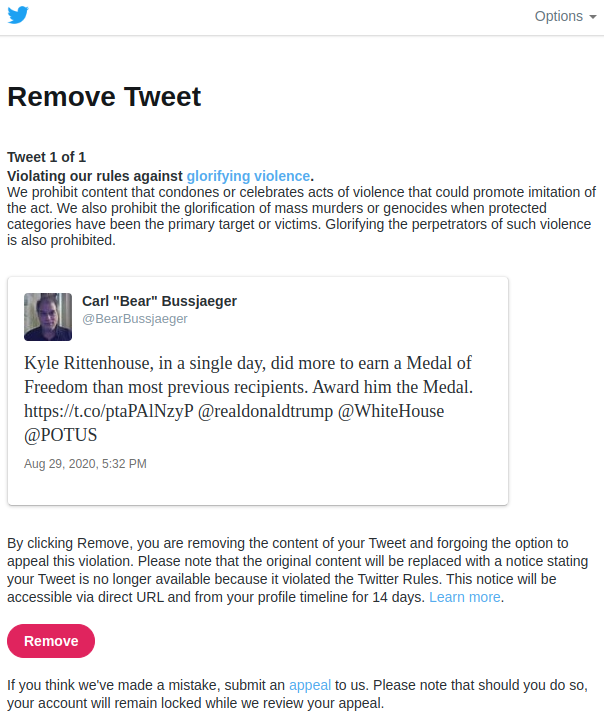 Kyle Rittenhouse, in a single day, did more to earn a Medal of Freedom than most previous recipients. Award him the Medal.

Months after Rittenhouse’s acquittal on what charges weren’t simply dismissed outright, and I’m still suspended for that. But “kill a Supreme Court Justice”? That’s just peachy with ’em.

If I were Elon Musk, I’d bail on the buy-out deal. The legal liability, should the Dims lose control of the White House, is just too great.